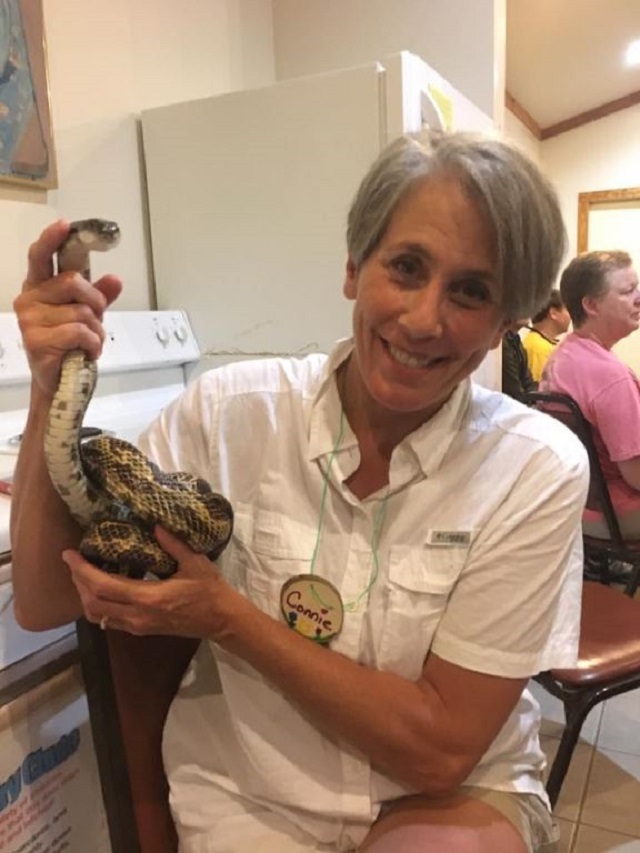 Briehn was one of 20 high school or college instructors selected across Alabama to explore the state’s watersheds and popular environmental sites.

“It was amazing adventure. It felt like I was on a National Geographic special about our wonderful state,” Briehn said. “It was an opportunity of a lifetime and right up there with getting married and having babies for me. That’s how impressed I was with the expedition and the people of Alabama.”

Participants began the eight-day adventure at Camp McDowell in Winston County. From there, the group visited Cheaha State Park – Alabama’s highest point, kayaked at the Coosa River and paddled/tubed down the Tallapoosa River. The group then visited the Solon Dixon Forestry Education Center in Andalusia before making a final stop at Dauphin Island, where they assessed the Gulf’s shoreline and ecosystem.

The expedition was led or presentations were made by multiple scientists and geologists, including Jim Lacefield, Bill Deutsch, Heather Montgomery, Doug Philips and Jimmy Stiles.

“We listened to a lot of great speakers and learned so much about the ecosystems in our state. Legacy did a great job all the way around,” Briehn said.

Briehn added she plans to incorporate her Legacy expedition experiences into her upcoming BIO 104 classes.