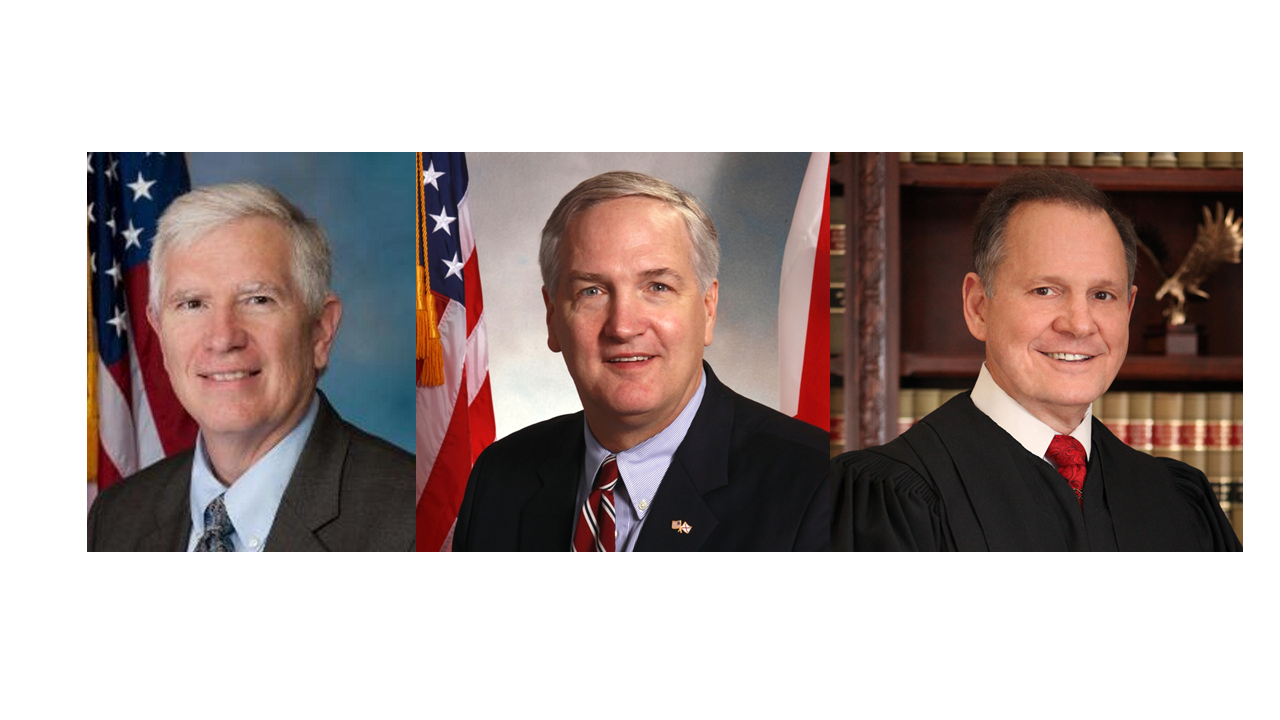 Moore, Brooks and Strange lead the pack of 10 Republicans vying for the U.S. Senate seat currently held by Strange. There are also eight Democrats in the running.

When U.S. Attorney Gen. Jeff Sessions was confirmed by the Senate in February, former Alabama Gov. Robert Bentley was tasked with temporarily filling the Senate seat vacated by Sessions until a special election could be held. Bentley chose Luther Strange, the Alabama attorney general who had recently called off an investigation into the governor’s allegedly illegal activities.

Gov. Kay Ivey, who took control of the state after an embattled Bentley resigned on April 10, moved up the special election, which Bentley had set to coincide with the regular 2018 election, to this year.  Party primaries will take place Aug. 15; runoffs, if needed, are scheduled for Sept. 26.  The election will take place on Dec. 12.

The local party will also recognize distinguished members, said Harbison. “We’re excited to recognize everybody. Our executive committee has been working really hard on getting the word out and selling tickets.”

A silent auction will also take place at the event.

Read more about all 18 candidates at http://qrne.ws/specialelection.

6-7 p.m.:   Silent Auction with donated items and homemade goods from the Republican Women

Awards will be given away in five categories to local Republicans