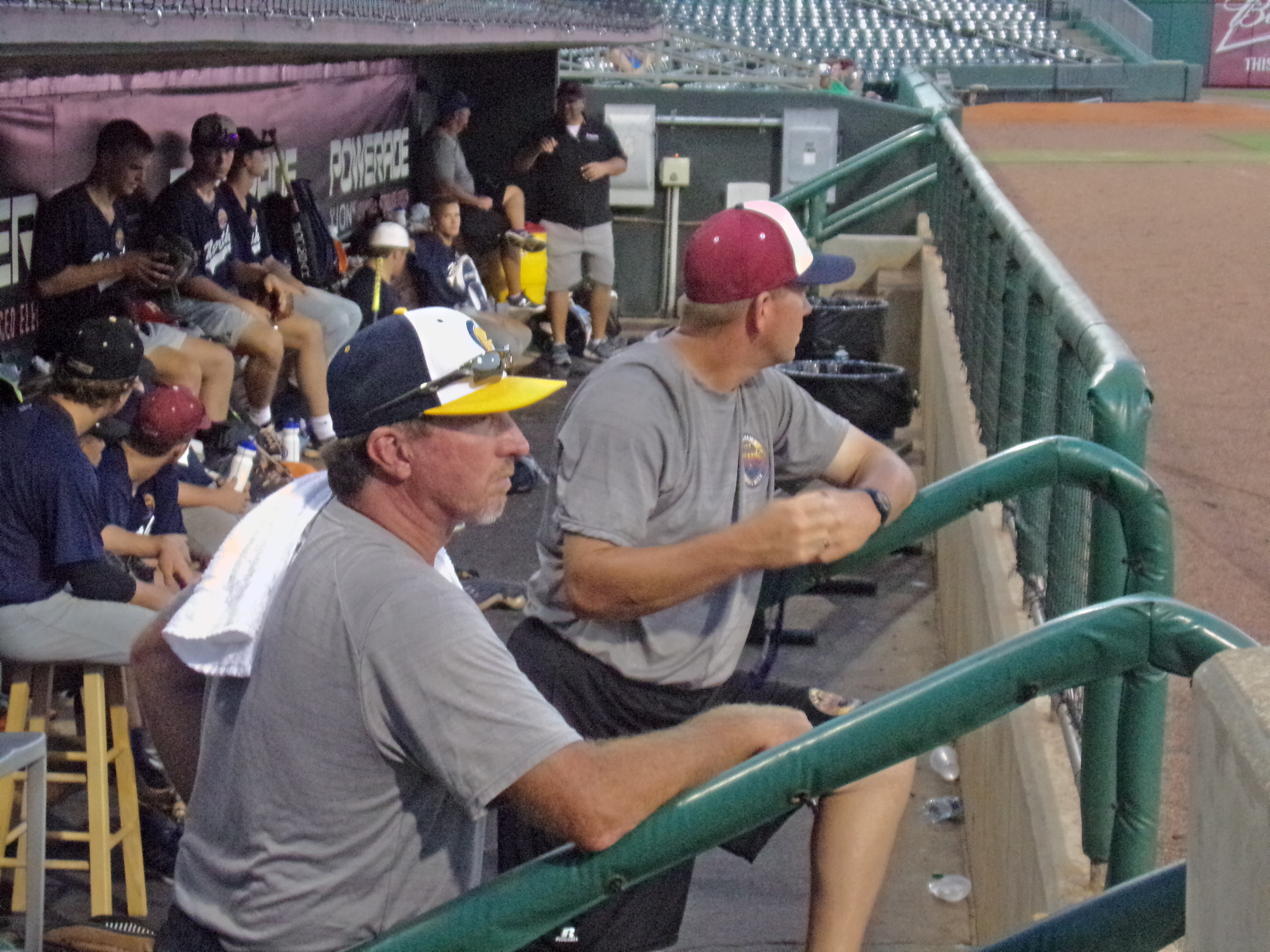 MONTGOMERY – Cullman's Will Morrison worked one inning in the nightcap of the AHSAA’s Alabama High School All-Star baseball series Tuesday night for the North vs. the South series at Riverwalk Stadium.

Morrison got support from his defense, turning an unusual double play to keep the South from scoring. That enabled the North to complete a sweep, taking the nightcap 3-2 after they rolled in the opener by the score of 9-3.

Morrison pitched the fourth for the North, with his all-star team down 2-0 at that point. The Bearcat right-hander walked Chance Warren of Enterprise to lead off the inning. Warren stole second and moved to the third on a single by Tyler Robertson of St. James.

With runners on the corners and no outs, Morrison got Slade Gorman of Central-Phenix City to fly to Brody Syer, playing right field. Syer, from Oxford High School, threw a strike to Mountain Brook catcher Clay Stearns to get Warren out at the plate.

Morrison then got out of the inning by getting Robertson in a run down, picking him off at second base. The inning ended with the South ahead 2-0, not able to extend the lead. That turned out to be huge later in the game.

The North opened the seventh with David Rutledge of Etowah and Carson Skipper of Hewitt-Trussville getting on base. Brody Moore laid down a perfect bunt single to load the bases with no outs.

Andalusia pitcher Ethan Wilson was called for a balk on the first pitch he threw to Garrett Bodine of Sparkman. That allowed Rutledge to come in with the tying run, making it 2-2.

Bodine lifted a fly to center, deep enough to bring in Skipper, and the North moved ahead 3-2.

In the South's seventh, Huntsville lefty Christian MacLeod retired the side in order, capping off the comeback victory.

The North pitchers gave up three hits in the nightcap, holding the South scoreless for the final six innings, and struck out eight. McCloud earned the victory in relief. Morrison was one of five North pitchers in the series to keep the South off the scoreboard. The North pitching allowed eight hits, walked four and fanned 19 batters.

After the opener was tied at 2-2 through two innings, the North got control of the game by a three-run third.

An unusual play happened that extended the inning for the North. With the bases loaded, a grounder up the middle by Lundray Reeves of Hueytown was knocked down, forcing a runner out at second. The runner headed to third, stepped back to the second base bag, removing the force.

The runner was not tagged when he made it to third, allowing the run to score and the North went ahead to stay at 3-2. A two-run single from Oneonta's Brody Moore followed to send them to the fourth inning with a 5-2 cushion.

A key for the North was good defense, turning three inning-ending double plays. The North retired six batters in a row between the third and fifth and controlled the South batters with 10 strikeouts.

Wade threw the last two innings, giving up a run with two outs on a single to center from Cory Peterson of Goshen.

Wade came back and ended the two-hour, seven-minute contest with a strikeout of Brayden Baggett of Marbury. Wade fanned three in his two innings of work.

Smith was credited with the victory, scattering two runs on two hits in three innings, and finished with six strikeouts.

Moore was 2-for-3 to lead the North with a single, double, two runs batted in and a run scored.