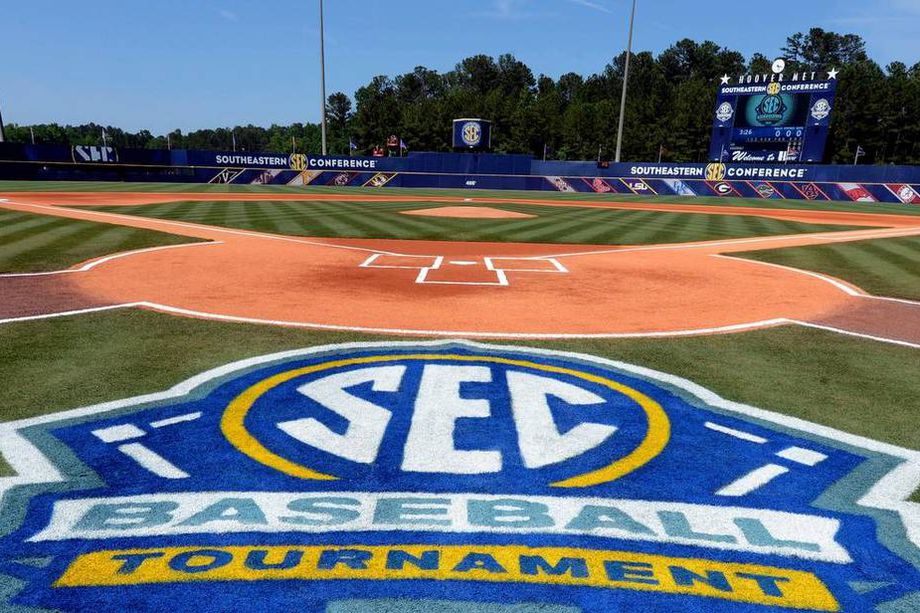 If you like thrilling baseball action, then the first game of day three was tailor-made for you.

Arkansas got on the board first, scoring in the bottom of the first. Chad Spanberget got the offense started for the Razorbacks when he drew a five-pitch walk. The walk proved costly for the Bulldogs as Luke Bonfield homered to left on a 0-1 count. The dinger put the Hogs on top 2-0 after one.

The Razorbacks further extended their lead in the bottom of the second on a Jake Kenley double to center field that scored Jax Biggers, who singled earlier in the inning, making the score 3-0 in favor of Arkansas- where it stayed until the top of the sixth.

Mississippi State started chipping away at the Arkansas lead in the top of the sixth when Elijah MacNamee singled through the right side to score Cody Brown, who doubled to lead off the inning. This made the score 3-1 and opened the door for the 'Dawgs.

Mississippi State added another run in the top of the eighth when Brown reached on an error by Spanberger and went to second on a throwing error by Dominic Fletcher. He went to third on a MacNamee single and came home on a Josh Lovelady fielder's choice. This made the  score 3-2 in favor of Arkansas, headed to the bottom of the eighth.

It was nothing doing for the Razorbacks at the bottom of the eighth and Mississippi State went right back to work. The top of the ninth was full of excitement if you pull for State and full of disappointment if you're a fan of the Razorbacks. Arkansas used four pitchers in the inning and gave up two singles, a double, a bases-loaded walk and hit a batter. After the dust had settled, Mississippi State had taken a 4-3 advantage heading to the bottom of the ninth.

Riley Self came on to pitch in the ninth and did a stellar job, giving up just a single walk and earning the save.

Arkansas is playing the Auburn Tigers this evening, while Mississippi State's day is done. They will not take the diamond again until 11 a.m. Friday to face the Florida Gators.