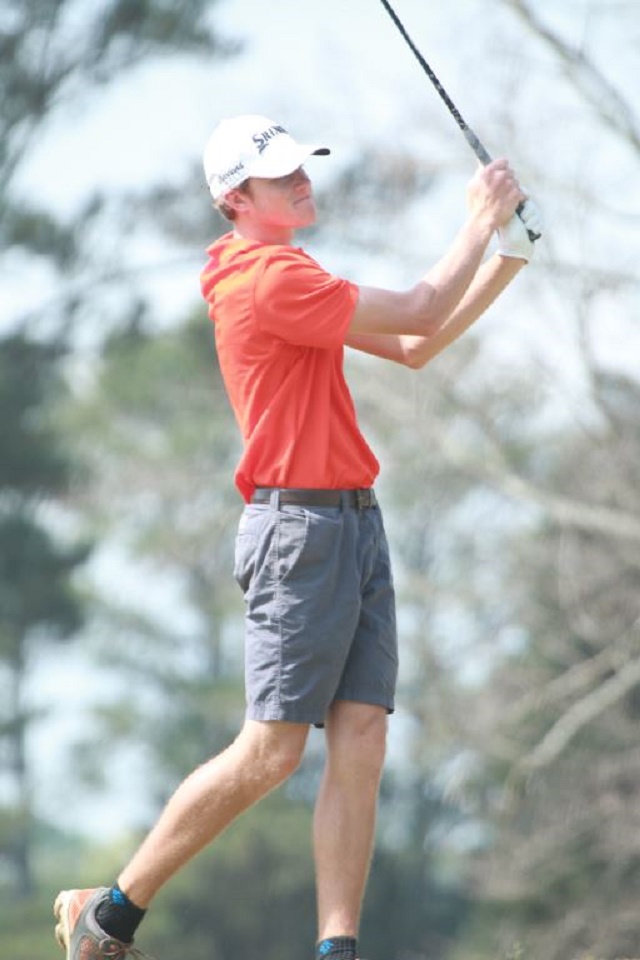 HANCEVILLE – Wallace State freshman golfer Chip Willoughby was named a 2nd-team PING All-American by the Golf Coaches Association of American on Monday prior to the Lions teeing off Tuesday for the first round of the NJCAA Division I National Championship in Garden City, Kan.

Prior to the event, Willoughby and fellow Wallace State golfer Brandon LaCasse were also named to the PING All-District 4 Team.

Willoughby, an Albertville native, has put together a spectacular spring season, finishing as the low medalist at both the NJCAA District 4 tournament in late April and at the Glenlakes Invitational in Foley in March. Willoughby was also an All-Tournament selection at the Alabama Community College Conference (ACCC)/Region 22 championship, finishing fifth overall.

Lacasse earned All-Tournament honors at the conference tournament himself, finishing in a three-way tie for second place. He finished tied for 11th at the NJCAA District 4 tournament.

The men’s golf championship continues through Friday at the Buffalo Dunes Golf Course in Kansas.

Wallace State’s baseball team had its impressive 2017 campaign come to an end Monday at the ACCC/Region 22 tournament in Ozark.

Wallace State closed the season with a 46-13 record as the ACCC North Division champions.

The Lions earned a top seed in Ozark and outlasted Snead State in their tournament opener, winning 6-4 last Saturday. Wallace State lost 7-5 to Wallace Community College-Dothan on Sunday before collecting a 10-5 win over L.B. Wallace on Monday morning.

The Lions were eliminated by Shelton State, 5-2, on Monday as the Bucs scored three runs in the top of the ninth.

Wallace State coach Randy Putman surpassed the 1,000-win plateau with the Lions on March 26 and now has 1,019 career victories at the college in 28 seasons.

Kolby Robinson, Billy Reed and Cole Collins each hit above .330 at the plate. Dalton Sinquefield led the club with 60 RBIs, and Palmer Ford led the team in home runs.

The Lions are making their third straight national tournament appearance, 11th overall, and first under coach A.J. Daugherty. Wallace State is seeking its third national title after claiming championships in 2008 and 2013.

Wallace State advanced to the national championship on May 1 after freshman Tanner Robertson cranked a walk-off homer against Snead State in the ACCC title game. It was Robertson’s first home run of the season.

At the plate, sophomore Taylor Beshears is hitting .436 with 13 homers and 39 RBIs, and Charlee West enters the tournament with a .390 average, 10 bombs and 40 RBIs. Amber Hammonds has a team-high 14 home runs and 42 RBIs.

Meanwhile, after two rounds, Wallace State’s women’s golf team is sitting in 10th place at the NJCAA Women’s National Championship in Duluth, Ga., and the men’s tennis team is competing at nationals in Plano, Texas.