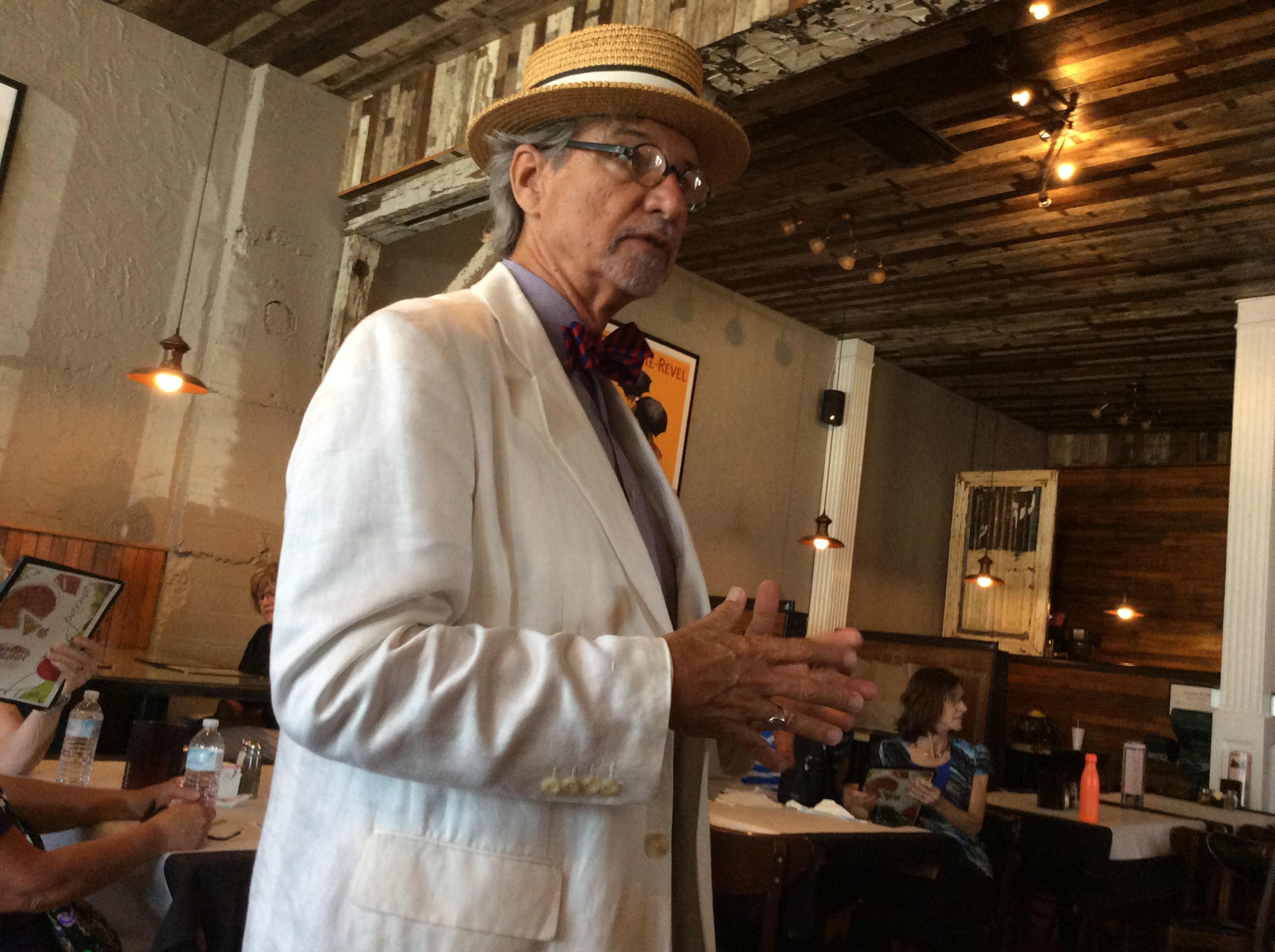 CULLMAN – The last of the historic April Walking Tours was held this weekend, and they ended on a sweet note. Led by Ben South, the final tour was a traditional southern cakewalk, showing attendees the sweeter side of the city, with seven sugar-filled stops.

The cakewalk began at the Cullman County Museum, the starting place for all the walking tours. As walkers chowed down on traditional German cake (not German chocolate cake; that's actually American) provided by Gerdi Voltz, South gave a brief history of the museum itself. The building is a replica of Colonel Cullman's house, built in 1974 and '75 from funds raised by the 1973 Centennial Celebration. As the group walked toward their next stop, South and a few guides from previous tours talked about what the block looked like before all the development.

The second stop for the tour was Sacred Heart Catholic Church, where doughnut holes from Duchess Bakery were provided. The church was built from stones from the quarry near St. Bernard, and the spires were refurbished in 1999-2000. The inside of the church was beautifully decorated for a wedding later in the afternoon, with a special treat organized for the group: the church's director of music was at the organ to play a few songs for the tourists. After that, the tour went through the back of the church toward Carlton's Italian Restaurant. Carlton's provided cannolis and gave walkers a chance to sit down and cool off before continuing.

Next up was the All Steak Restaurant, where guests were treated to the restaurant’s famous orange rolls, before they moved on to Southern Accents Architectural Antiques, where cupcakes and drinks were provided. The cupcakes, which contained locally-grown strawberries, were baked by independent baker Melissa Ash, and Southern Accents gave out water and Cokes.

Two doors down from The Cullman Tribune office, the tour's next stop was Happy Homes Real Estate, where Salon Luxe treated guests to ladyfingers.

Finally, the tour ended up at Karma's Coffee House in the Warehouse District for apple crumb cake muffins. From there, tourists were free to wander around and explore or make the short trip back to the museum.

Some 28 towns across Alabama were on display every Saturday morning this April as part of the Alabama Tourism Department's April Walking Tours.