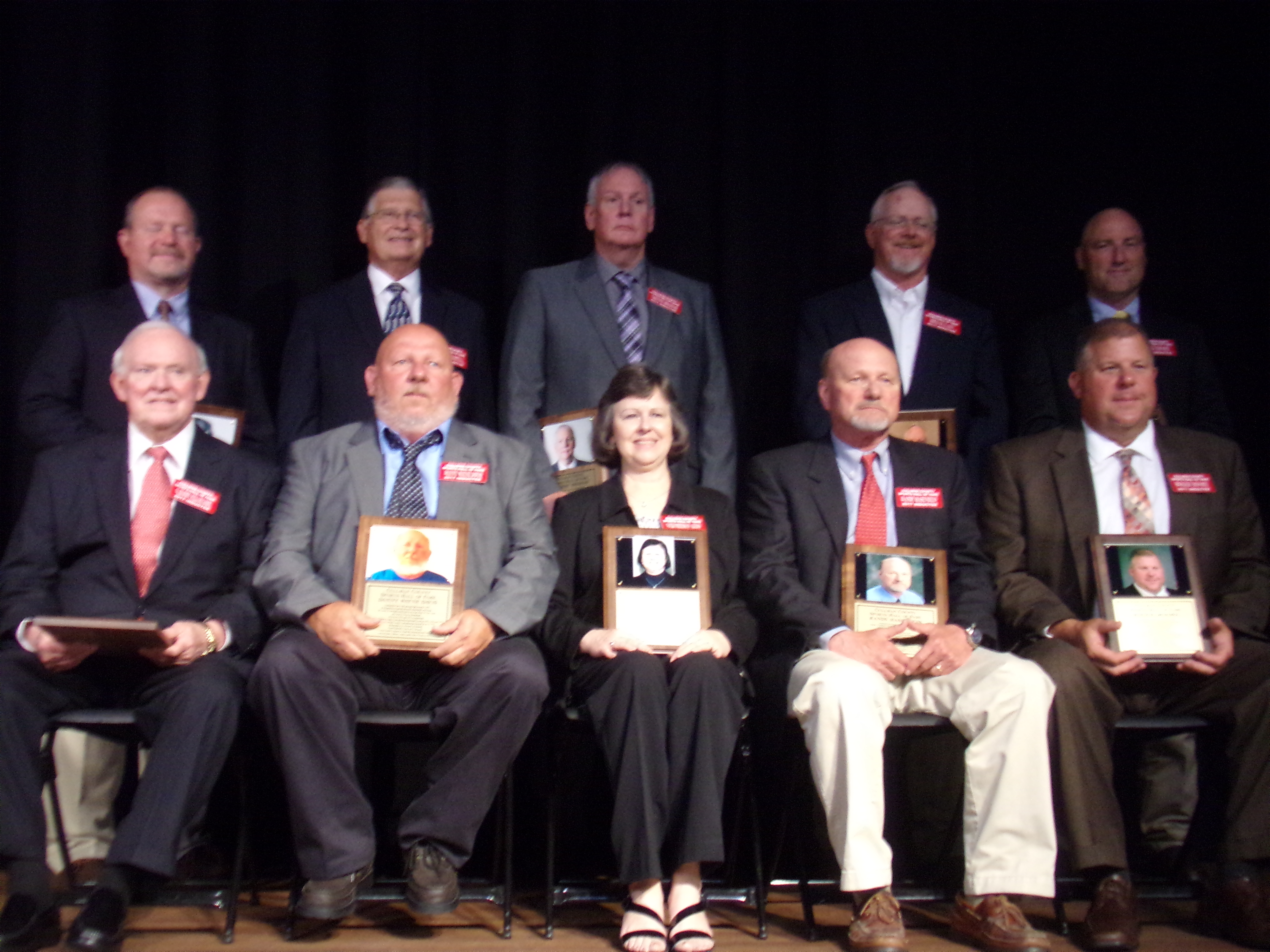 CULLMAN – Tornado and severe thunderstorm warnings were not enough to prevent the 18th annual Cullman County Sports Hall of Fame banquet from taking place Saturday evening at the Cullman Civic Center.
At 5:45 p.m., a tornado warning went into effect for Cullman County, with people already arriving at the civic center for a reception prior to the 6:30 p.m. starting time.

A representative from the civic center asked those in attendance to move into the hallway for their safety as a severe thunderstorm with a possible tornado moved into the area from the Sardis community of Winston County.

Things then went on as scheduled with 10 newcomers being inducted into the Hall of Fame, along with 12 student athletes receiving $1,000 scholarships.

CULLMAN – Wayne Chappell: 1963 graduate of Cullman High School. Member of 1962 football team. Team captain, All-Tennessee Valley Conference. Signed a scholarship with University of Alabama, but opted to go into the profession of ministry. Served in the ministry for 48 years.

CULLMAN – Bryan Cain: 1980 Graduate of Cullman High School. Played football, basketball and baseball at Cullman. Batted .412 in 1979, batted .450 in 1980. Played at Gadsden State Community College, then the University of Alabama in Birmingham for hall of famer Harry "The Hat" Walker. Set UAB record for stolen bases in single season with 54 in 1985.

FAIRVIEW – Mark Moore: Coached at Fairview High School from 1986 until 2003 in sports of football and baseball. Had a 356-156 career record for Fairview baseball, with five area championships and eight Cullman County championships. Was a 1979 graduate of Minor High School in Birmingham. Played baseball at Jefferson State Community from 1980 to 1981, then for the University of Alabama in Birmingham from 1982 to 1983.

HANCEVILLE – Tim Brigham: 1976 graduate of Hanceville High School. All-county in football and basketball. Most valuable lineman in 1975. Member of county championship track team in 1974 & 1975, area champion in discus throw in 1974. Received a scholarship to play football at Troy University.

WEST POINT – Hubert Heck: 1937 graduate of West Point High School. Played basketball at West Point. Attended Florence State College (now known as University of North Alabama). Was drafted into the U.S. Army while in his junior year in college. Served in the Army until 1946. Principal in Cullman County school system for 15 years. Principal in Cullman city school system for 10 years.