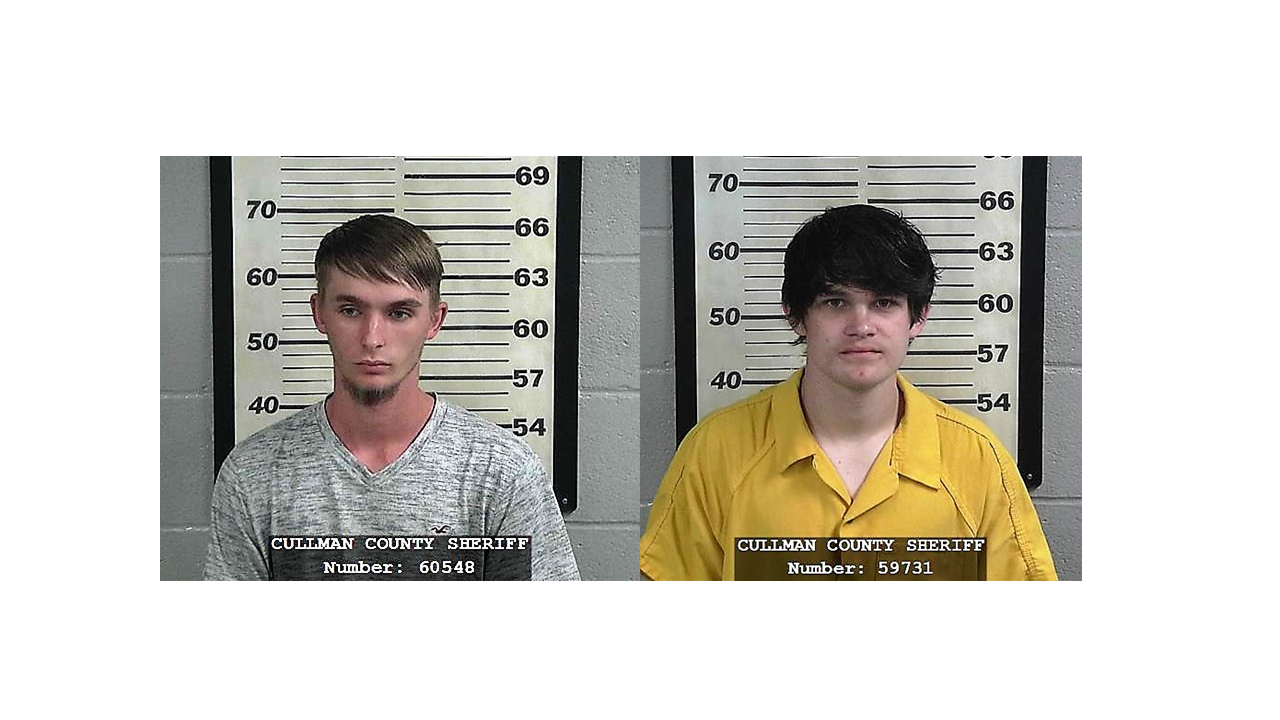 CULLMAN – The Cullman City Police Department (CPD) says quick thinking by some of the department's patrol officers led to the recovery of firearms stolen from Wilborn Outdoors this week.

The burglary happened overnight Tuesday, when suspects broke into Wilborn by throwing a rock through the glass door. A total of 19 guns were stolen; 15 of those have now been recovered.

According to CPD Lt. Gene Bates, "If it hadn't been for patrol, we wouldn't have recovered as many guns as we did. They did a phenomenal job."

Sgt. Todd Chiaranda, the lead investigator in the case, also praised the patrol officers for their efforts, which he says lead to the break in the case. "Patrol officers responded to a call early Thursday morning of a man passed out in an apartment at Veigl Village. The person who lived in the apartment wanted the man removed," said Chiaranda. "When officers arrived, they found that the man had a Glock 42 pistol in the waistband of his pants. They ran the serial number, and it came back as one of the guns stolen from Wilborn Outdoors."

Bates interviewed the resident who made the original call to the CPD and learned that Gordon had purchased the gun from another resident of Veigl Village Apartments, which are on the city's southwest side. Based on that information, the CPD obtained a search warrant for the apartment of Matthew Childers, 19, where they recovered most of the stolen guns. Childers was charged with second-degree receiving stolen property and unlawful possession of a controlled substance.

"Based on information we obtained there, that led to another residence in town, where several more firearms were recovered,' said Chiaranda.

Chase Johnson, 17, was arrested at a home on Fifth Street Southwest and charged with first-degree receiving stolen property. Chiaranda says Johnson was charged as an adult due to his prior record.

Patrol Sgt. Chuck Schikle, Officer Jonathan England and Officer Philip Botehlo were the original responders at Veigl Village. "Their work was instrumental in our ability to recover so many of the stolen firearms so quickly," said Chiaranda.

As to why Childers and Johnson have not been arrested on additional charges, Chiaranda said, "Recovery of the guns was the main goal. We wanted to get as many as we could off the streets. More charges for the burglary will follow."

"We worked with the ATF (Bureau of Alcohol, Tobacco, Firearms and Explosives) on this case, and they will be pursuing federal charges. That's because they (the suspects) broke into a gun store," he said.

There are still four stolen firearms yet to be recovered, but Chiaranda says the investigation is ongoing.

During the course of the investigation into the Wilborn burglary, the CPD got information pertaining to two other crimes, one being the theft of 16 cell phones from The Phone Shop at 1202 Fourth St. SW (U.S. Highway 278).

The Phone Shop was burglarized overnight Monday, according to CPD Sgt. David Nassetta. It was broken into the same way as Wilborn Outdoors, with a rock through the glass door. Nassetta says that during questioning, a suspect pulled a phone from his pocket to access his contacts and officers recognized the phone as the type that was stolen. In all, five phones have now been recovered.