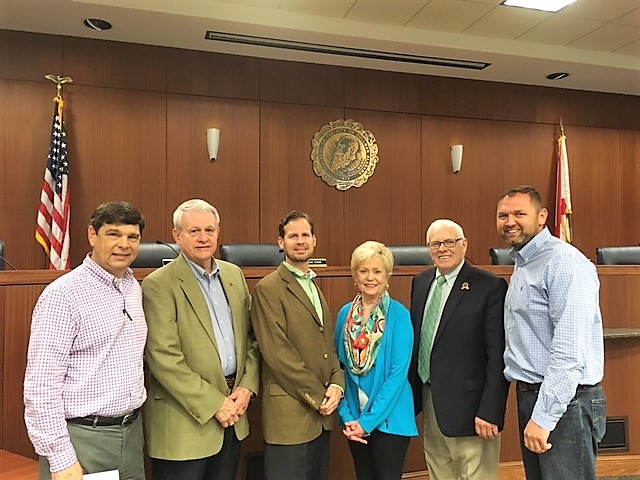 CULLMAN – In its regular meeting Monday evening, the Cullman City Council agreed to offer Academy Sports + Outdoors financial incentives of up to $800,000 over the first eight years the company’s store operates in Cullman.  Mayor Woody Jacobs and Council President Garlan Gudger were absent (both were out of town); the vote to approve was unanimous among council members present.

The incentive is offered under Alabama Constitution Amendment 772.  Project Attorney Trey Hill explained that the amendment “authorizes the City of Cullman to lend its credit to, or grant things of value to a private enterprise, provided that it promotes economic development within the city.”

Academy plans to construct a 62,000-square-foot facility on an 8-acre lot on Lee Avenue, with an $8 million capital investment.  The company predicts that the store will create 100 new jobs and generate $12 million in sales per year, resulting in approximately $270,000 in sales tax paid to Cullman annually.  Business licensing and other costs will add to that amount.

In return, the City agreed to grant two incentives to Academy:

Certain protections for the City are built into the plan:

According to Academy’s Senior Real Estate Manager Marc Millis, who flew in from Texas for the council meeting, the company plans to close on the property by the end of April, and will begin construction in February 2018 with a target opening date in September 2018.

In other business, the council also approved the following measures (from the agenda):

The Cullman City Council meets at 7 p.m. on the second and fourth Monday evenings of each month at Cullman City Hall.  The public is invited to attend.