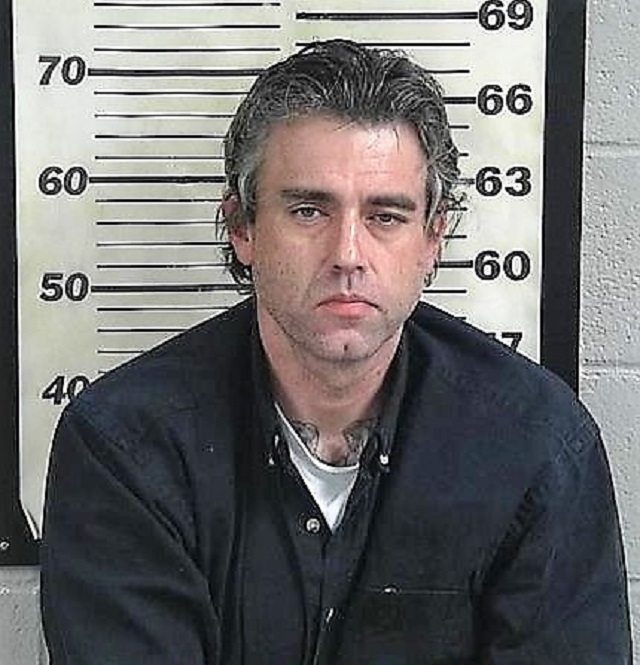 CULLMAN – A Hoover man is behind bars after attempting to trade a shotgun and drugs for a handgun with an undercover officer in Cullman. On Wednesday, Feb. 8, investigators with the Cullman City Police Department (CPD) conducted a further undercover operation in which the proposed transaction was to take place in southwest Cullman County.

Investigators identified the suspect as Keith Allen Henderson, 42, a convicted felon with an extensive criminal history. Once on scene for the transaction, investigators made a positive identification and detained Henderson, who was allegedly in possession of heroin, methamphetamine, Xanax and a large amount of stolen property. Included in the stolen property was a Mossberg .12 gauge shotgun.

Investigators determined that most of the stolen property was taken during a residential burglary in Jefferson County earlier that same day.

Evans has an extensive criminal history involving thefts, drugs and assaults. He was released from state prison, where he served time for a theft conviction, in August 2016.

Henderson was arrested and charged with unlawful possession of a controlled substance and third-degree receiving stolen property. He is being held on a $10,000 cash bond. Henderson also has multiple active arrest warrants from other agencies. As a convicted felon, Henderson is a Prohibited Person from Possession of a Firearm and the Bureau of Alcohol, Tobacco, Firearms and Explosives (ATF) has been notified for potential federal charges.

Sgt. Adam Clark was the lead investigator in this case and coordinated the operation. Investigators were assisted by Patrol Sgt. Chris Thomason and Officer Trey Higginbotham.