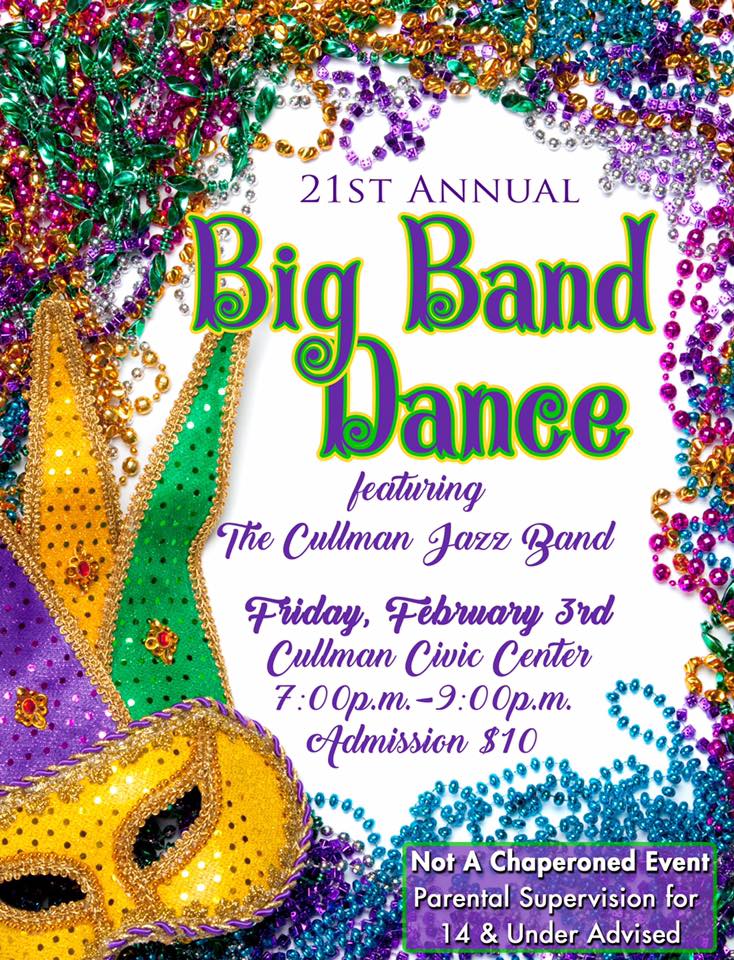 This year's event will help raise funds to help the Cullman Band Boosters (CBB) purchase new uniforms for the CHS marching band.  The final cost of the project is expected to reach $60,000, of which the group has raised approximately $45,000 to date.  In addition to the dance, the boosters have made direct appeals to numerous area businesses for donations and sponsorships to complete the project before the next school year.

CBB President Mary Hovater shared, "We are trying to reach our goal for new uniforms. That's $60,000! It's a lot! The boosters have been saving for 10 years, but uniform costs have gone up so we are giving a final push to get the additional funds we need. Our hope is to finalize a design which the band director, Chris Smith, has been developing, and have them ready for the 2017 marching season, which by the way will be the 100th season of football at Cullman High!"

The purchase of uniforms for the CHS marching band won't just benefit that group, either.  CBB supports the music programs at both the middle and high school, all the way down to the sixth-grade beginner band.  The band at Cullman Middle School typically receives whatever items the high school is replacing.

"We have a lot of band students to take care of," said Hovater, "including beginner band in sixth grade, through senior high: around 300 students! Middle school gets the hand down uniforms from the high school. The ones they are using now are about 20 years old, and need much work to keep them wearable at this point. They are very excited about getting the ones currently at CHS."

Hovater, a Cullman native, is proud of her schools, of their music programs, and of her fellow band supporters.

She shared, "I was never in the band, but with both my sons going through the Cullman band program, I wish I could have been!  But I'll settle for being a band booster. And like the band members, the boosters are also a little family.  My youngest will graduate next year, and I'm going to miss this special little family I've been grateful of which to be a part.  And being the booster president has been an honor.  I've never been around people so willing to give of themselves like these boosters."

Of the Big Band Dance, parents should know that it is not a chaperoned event. Organizers recommend parental supervision for children younger than 14.