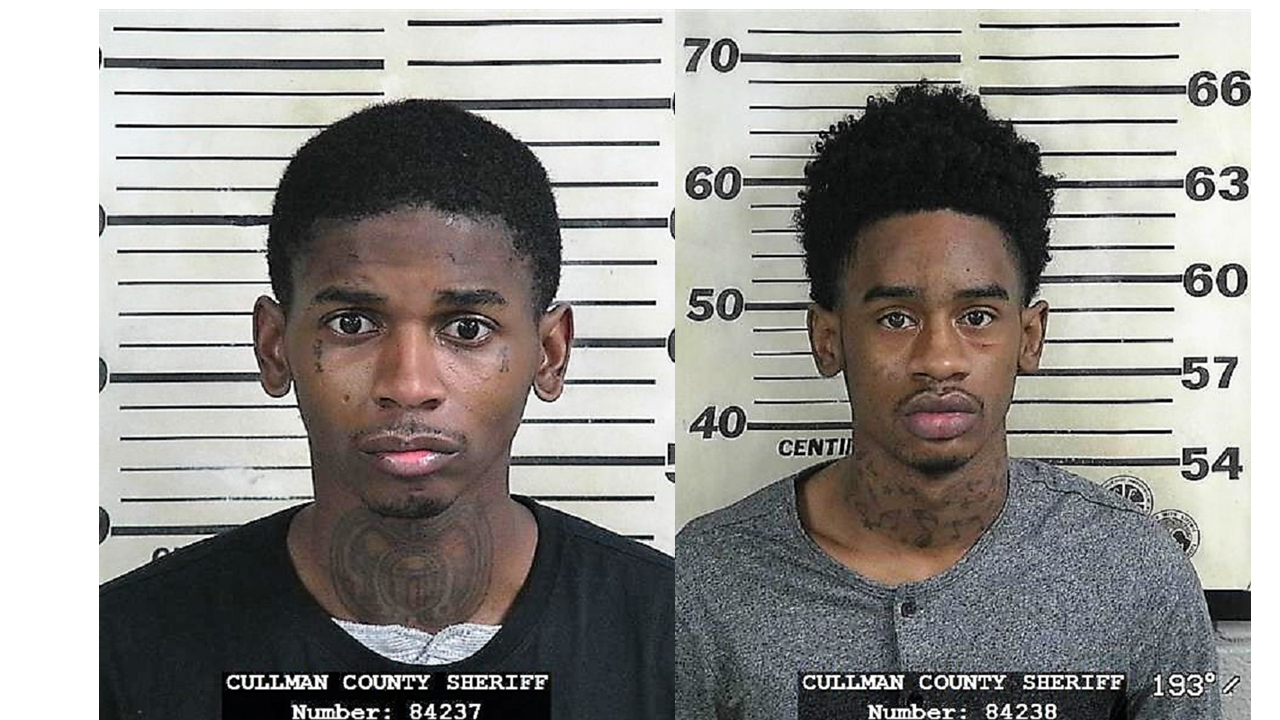 CULLMAN – Two Atlanta men are behind bars tonight after an attempted traffic stop led to an early-morning pursuit on I-65, ending in a crash near Lacon. Four men fled the scene of the incident on foot; the two men the Cullman County Sheriff's Office (CCSO) alerted the public about this morning are believed to have left the area. The four men, described by the CCSO as African-Americans wearing dark clothing, led authorities on a high-speed chase beginning near the Morgan County line before 4 a.m. The suspects crashed their vehicle near exit 318 and attempted to flee on foot.

CCSO deputies arrested Jamarcus Parnell, 19, of Atlanta and Mikeal Callaway, 23, of Atlanta approximately two hours after the crash, near Longview Church in Vinemont, where they were allegedly attempting to break into a vehicle. The identities of the two additional men who got away are unknown at this time.

"When this started before 4 a.m., they wrecked and we were able to apprehend two individuals," said Cullman County Sheriff Matt Gentry. "Deputies have been in the area all day and afternoon and we believe at this time that potentially somebody could have already picked them up. We believe they are from the Atlanta, Georgia area. We do not have anything that would indicate them being armed, but we urge citizens to lock their doors and be vigilant about people in the area."

Schools in Vinemont were briefly locked down today after the CCSO issued an alert that two suspects were at large in the area.

Gentry reiterated, "The suspects have probably fled the area, but we are close-patrolling the area tonight."

Parnell and Callaway were charged with attempting to elude and are currently being held in the Cullman County Detention Center. Parnell will be extradited back to Georgia because he has outstanding warrants there.

Other charges may be pending with the CCSO as the investigation continues.