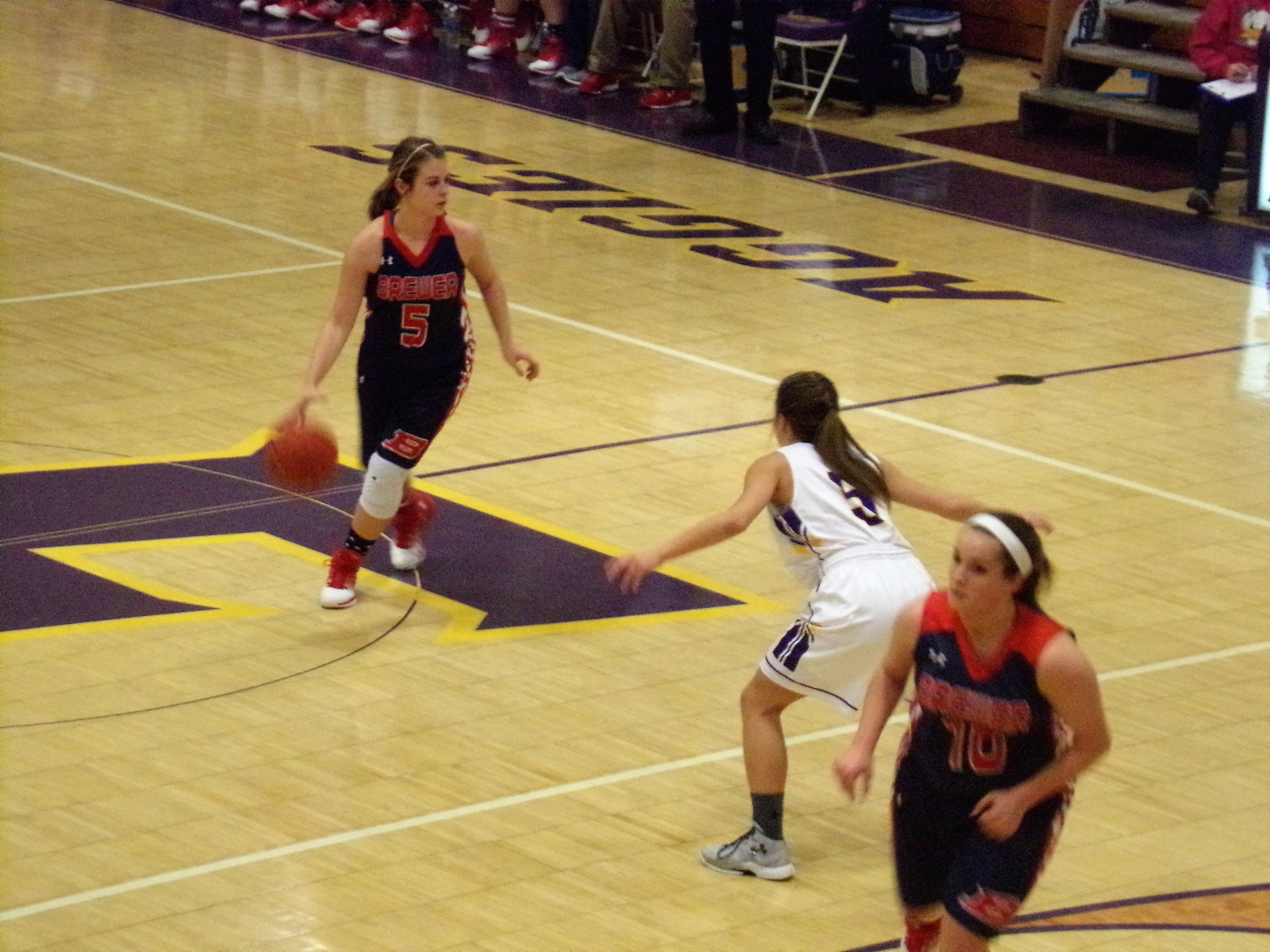 CULLMAN COUNTY – Two local basketball teams were on the verge of huge wins Monday evening, but experienced the agony of defeat at the final buzzer.

At Fairview, the Lady Aggies had Brewer down by five points with 2:30 remaining. But the No. 9 team in Class 6A finished the game with a 10-2 run to avoid an upset by the Lady Aggies, winning by the final score of 56-53.

In the Buffalo Wild Wings Challenge at Wallace State, the Cullman Bearcats led James Clemens 50-43 with 1:20 to play in the game. James Clemens scored the final eight points to knock off the Bearcats 51-50, sending Cullman to the third-place game of the Boneless Bracket Tuesday evening at Tom Drake Coliseum.

In one of the best girls’ games inside the county this season, Fairview and Brewer were locked in a very tight contest. After the first, the Lady Aggies led 10-9 and were up 20-19 at halftime.

Brewer was able to get a 3-pointer in the closing seconds of the third quarter from McCorley Northway and tie the game at 33-33 entering a wild fourth period.

Fairview's Abbi Taylor followed up a missed shot from teammate Abby Schnittker to score and gave the Lady Aggies a 51-46 advantage with 2:30 showing on the clock at Joe Shults Gymnasium.

Brewer was able to tie the game at 51-51 with 1:49 when the Lady Patriots' Hensley Brindley got a rebound off a missed free throw and passed to Laisha Steger, who nailed a three for the final time the game would be locked in a tie.

But Fairview came back and trailed 55-53 when Northway was fouled with seven seconds to go. Northway made the first free throw, missed the second with Fairview getting the rebound and coming downcourt trying to tie the score.

But Schnittiker's trey as the buzzer sounded bounced off the back of the rim, with Fairview falling to 12-4 and Brewer improving to 13-1 with its eighth consecutive victory.

Northway was the leading scorer for the Lady Patriots with 19, Shyan Flack scored 12, Brindley finished with seven.

Fairview will head to Fort Payne High School to play in the 16th annual Wills Valley Shootout. The Lady Aggies meet Eufaula at 12:30 p.m. Wednesday in the opening round.

Trailing 38-36 after the third period, Cullman moved into the lead early in the fourth on a three by Drew Morton to make it 39-38. With 1:20 to play, the Bearcats had built the margin to 50-43, but couldn't put away the Jets due to missing two front ends of a one-and-one with less than a minute remaining.

James Clemens took the lead with 20 seconds to go when they were fouled behind the 3-point circle and made all three free throw tries to go in front 51-50.

Cullman had two chances in the final seconds, but shots from Reese Harbison and two by Dylan Finch bounced off the rim and the Bearcats suffered another heartbreaking loss in the closing seconds.

The Bearcats, now 6-9, had 12 points apiece from Morton and Trey Tucker, with Finch scoring eight.

James Clemens is 6-4 after the victory and will play Madison Academy for the title Tuesday at 7:30 p.m.

Senior Bradley Belt fired in 16 points for the Jets.

Brewer's 3-point shooting carried the Patriots to their 10th victory of the season in 13 games.

The Patriots jumped ahead 20-11 after the first with four baskets scored from downtown. The Patriots had a 21-4 edge in scoring during the second to extend the lead to 41-15 at the break. Brewer scored seven times from 3-point range by intermission.

Brewer led 55-28 at the end of the third. The Patriots were guided by John Graves with 16; Levi Kelly and Haden Holmes added 11 each.