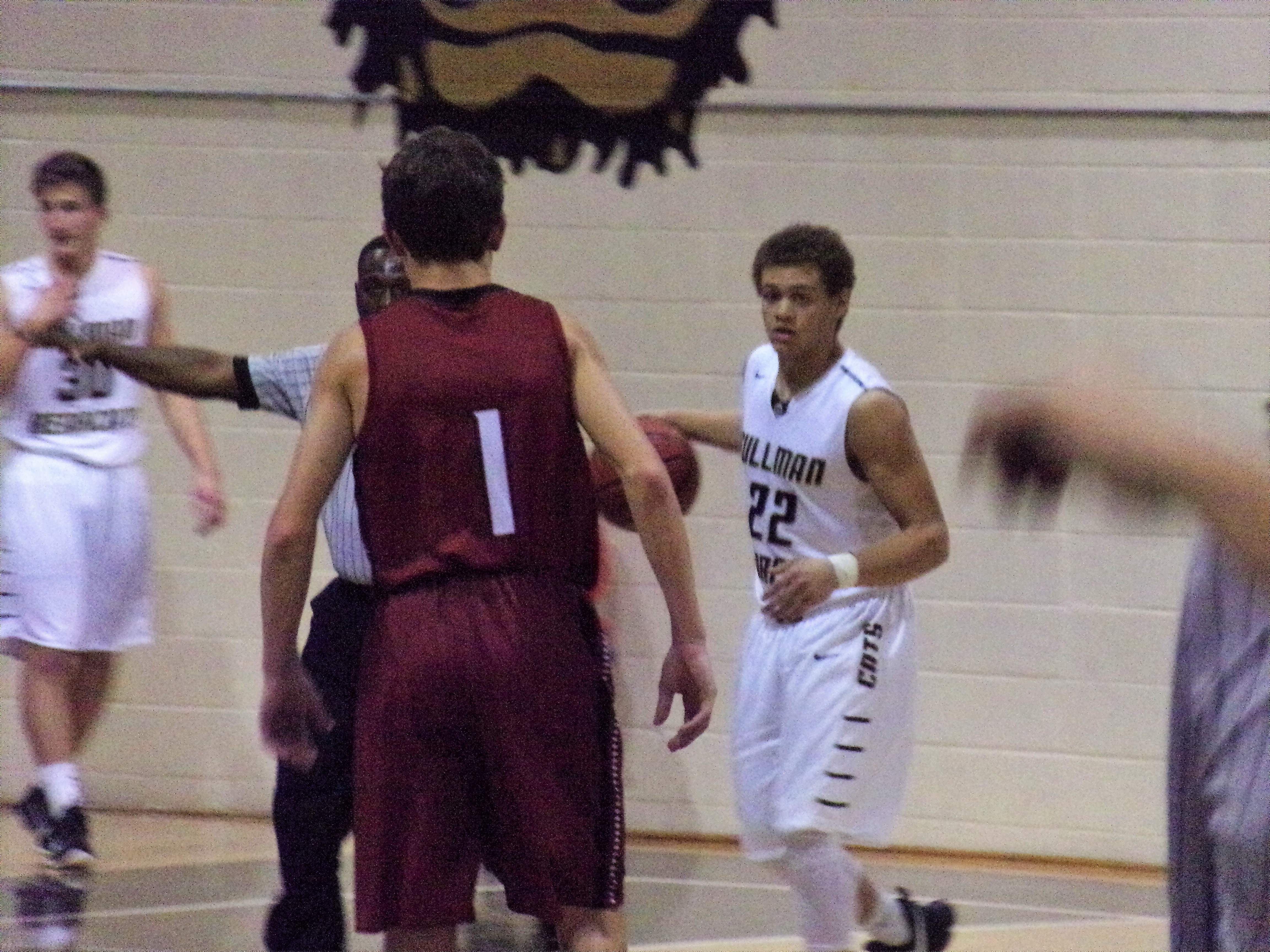 CULLMAN – Victory by the Hartselle basketball teams Monday night was earned the old-fashioned way against their rival, the Cullman Bearcats.

Both teams wiped out double-digit deficits at halftime and returned home to Morgan County on a rainy evening with plenty of celebration to go around.

The comeback success began with the Lady Tigers in a thrilling 63-57 victory in double overtime, denying a signature win in the first month of Josh Hembree's first season coaching the Lady Bearcats.

After that accomplishment, the Tigers did the same, but didn't need overtime to pull it out.

Down by 13 at the break, Hartselle clamped down on Cullman's offense, holding the Bearcats to 13 points in the final two quarters and earning a 51-46 decision. This sends Hartselle back with confidence for both teams as they return home to play Lawrence County Tuesday and get into 6A, Area 15 action on the home court Friday against Decatur.

Hembree had to be very pleased with how his Lady Bearcats were ready for the challenge of facing a squad that reached the AHSAA 6A state semifinals last February.

Cullman had a very good second quarter with 20 points, hitting five field goals, three baskets from 3-point range and a free throw, moving an 11-8 lead after the first to 31-19 at intermission.

A 3-point play by Sierra Easterwood to start the third period lifted the Lady Bearcats to a 34-19 advantage, their largest of the game. But the double-digit lead could never be secured with Cullman going moments without scoring and Hartselle patiently working its way back into contention.

The 15-point deficit to begin the third was cut to a 41-40 game at the end of the quarter.

Another drought by the Cullman offense was costly. The Lady Tigers used a 12-1 run and led 52-50 when Maggie Anderson hit her only shot of the game, a 3-pointer from the left wing with 14 seconds remaining.

Cullman missed a tying field goal attempt then got tied up on a possession with the Lady Bearcats to work an out-of-bounds play with 1.2 seconds left.

The play was executed perfectly as Evans found Victoria Barker open on the left side, who banked the shot off the glass and the game went into OT even at 52-52.

Both managed one basket in the first overtime. Cullman got a three from Evans at the 1:30 mark and Hartselle tied it on a three from the top by Moriah Taylor.

The score after the first overtime was 55-55.

In the second extra frame, Cullman ran out of gas. Evans, Easterwood, Barker, Anna Bowden and A.K. Eastman played a full extra eight minutes following regulation and had nothing left in the tank.

Hartselle took advantage of an exhausted Cullman team, getting field goals by Lindsey Berry and Taylor to move the lead to 59-55.

Hitting three of six from the line in the final 37 seconds was enough for the Lady Tigers to go to 3-2 on the season and drop the Lady 'Cats to 3-3.

Taylor ripped the cords for 33 points to lead Hartselle to the comeback with Ally Mayfield scoring 15 and Berry seven.

Like the Lady Bearcats, the Bearcats enjoyed a very productive second quarter that lifted them to a double-digit advantage when the contest reached halftime.

A 23-11 spurt in the second with Drew Morton scoring eight and Dylan Finch hitting four ignited Bobby Meyer's Bearcat offense. Freshman Jayden Sullins tossed in a jumper from the top of the circle as time expired and the Bearcats had the Tigers down 33-20.

The third quarter was a nightmare for Cullman on the offensive side. The 'Cats didn't get a shot to fall until Jake McAfee nailed a short-range jumper with 1:57 to go in the period and it was 35-30 Bearcats.

Reese Harbison got a layup to fall with 0:27 to go in the period and the 'Cats held a 37-32 lead until a three by Hartselle's Kyle Eddy at the end of the stanza brought the visitors within a basket at 37-35.

Hartselle tallied 10 straight points and kept Cullman off the scoreboard for over 5:00 of the fourth. The 'Cats first points of the quarter came on a Finch jumper with 2:54 to play. At that time, Cullman trailed 45-39.

The Tigers, coached by former West Point standout Faron Key, scored their final six points from the line in a span of 44 seconds and shot 100 percent (8-8) from the stripe in the period to claim a hard-fought victory and go to 3-2 on the year.

This was the Bearcats' first home loss in four games, dropping the overall record to 4-5.

Eddy had the hot hand for the Tigers with 18; Isaac Taylor scored 12.

The Bearcats will have a few days to recover then open 6A, Area 14 play at home Friday vs. Brewer High School. The Lady Bearcats meet the Lady Patriots at 6 p.m., with the varsity to tip off around 7:30 p.m.