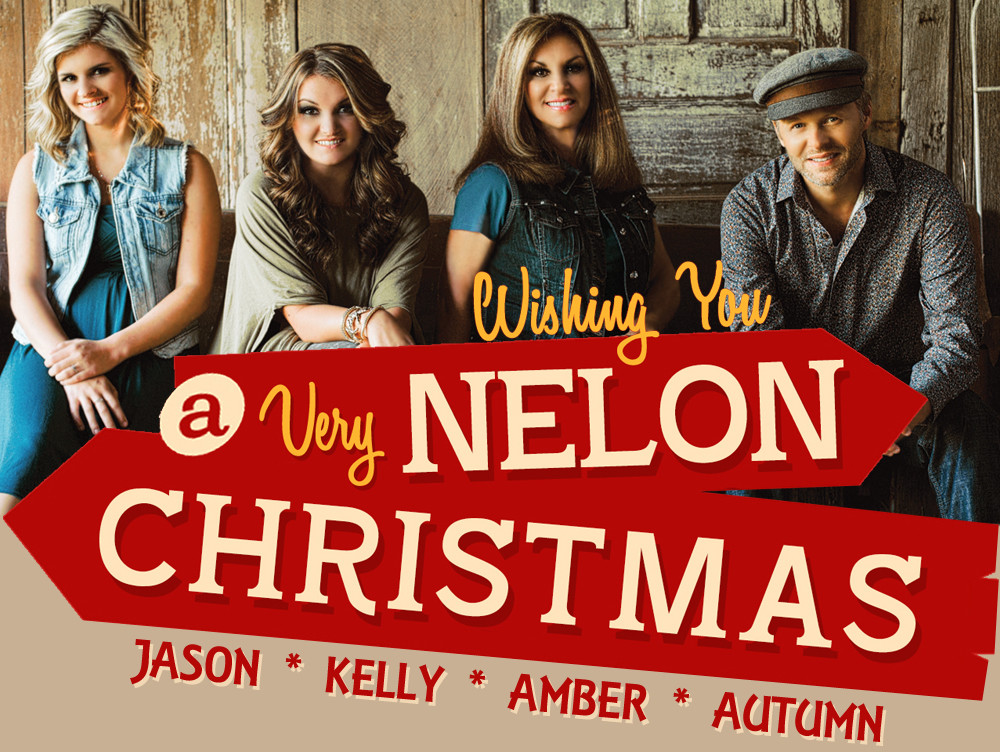 Multi Dove Award-winning and Grammy-nominated recording artists, The Nelons and Michael English represent more than 75 years in Christian music. The musical ministry of The Nelons was formed after family patriarch Rex Nelon had already enjoyed a spectacular 20-year career as a member of the legendary LeFevres. Michael English took the Christian music world by storm in the early 1980s as a member of the popular Singing Americans, and the prestigious Happy Goodman Family, before landing with multi Grammy Award-winning recording group, The Gaither Vocal Band. These renown artists will unite to present an exciting Christmas musical evening in Trinity.

The Nelons have been singing hit songs and bridging the traditional sounds of Gospel music with contemporary influences that inspires listeners of all ages for decades. The group, who was recently inducted into the Gospel Music Association’s Hall of Fame, has enjoyed much success as a part of the prestigious Gaither Homecoming Tour and Video Series, continues to cross generational gaps, presenting rich harmonies that have been embraced by audiences from all walks of life.

Michael English is known as one of the most powerful communicators in Christian music. As a young teen, he sang with his father and brother, and shortly after high school graduation, joined his first full-time quartet, The Singing Americans. In 1985, Michael joined the Gaither Vocal Band and quickly soared to the forefront of Christian music. That popularity led to various addictions and a spiral into depression that he chronicles in his autobiography, The Prodigal Comes Home. After a life-changing encounter with God, Michael’s career came full circle. Today, he continues to perform solo concerts, sharing the message of grace found through Christ.

In addition to The Nelons and Michael English, this exciting evening will also feature talented, young, female vocalist, Amber Nelon Thompson. Amber, who travels full-time with The Nelons, has also established an exciting solo career with multiple releases. She was named as the youngest Dove Award nominee in history by the Gospel Music Association.

Talented musician, Jeff Stice, who is a six-time recipient of the Singing News Fan Award for Favorite Musician, will also be featured in this exciting event. Jeff has enjoyed an exciting career in Christian music, having traveled with such groups as The Blackwoods, The Nelons, The Kingdom Heirs and Triumphant Quartet.

This exciting evening, featuring classic Christmas standards, as well as Christmas songs that will surely become favorites, promises to be a night that will be enjoyed by music lovers of all ages.

“It will be a lot of fun,” stated Kelly Nelon Clark. “Not only will we be singing the Christmas classics that have stood the test of time, we will also share many wonderful new songs and many special Christmas stories.”