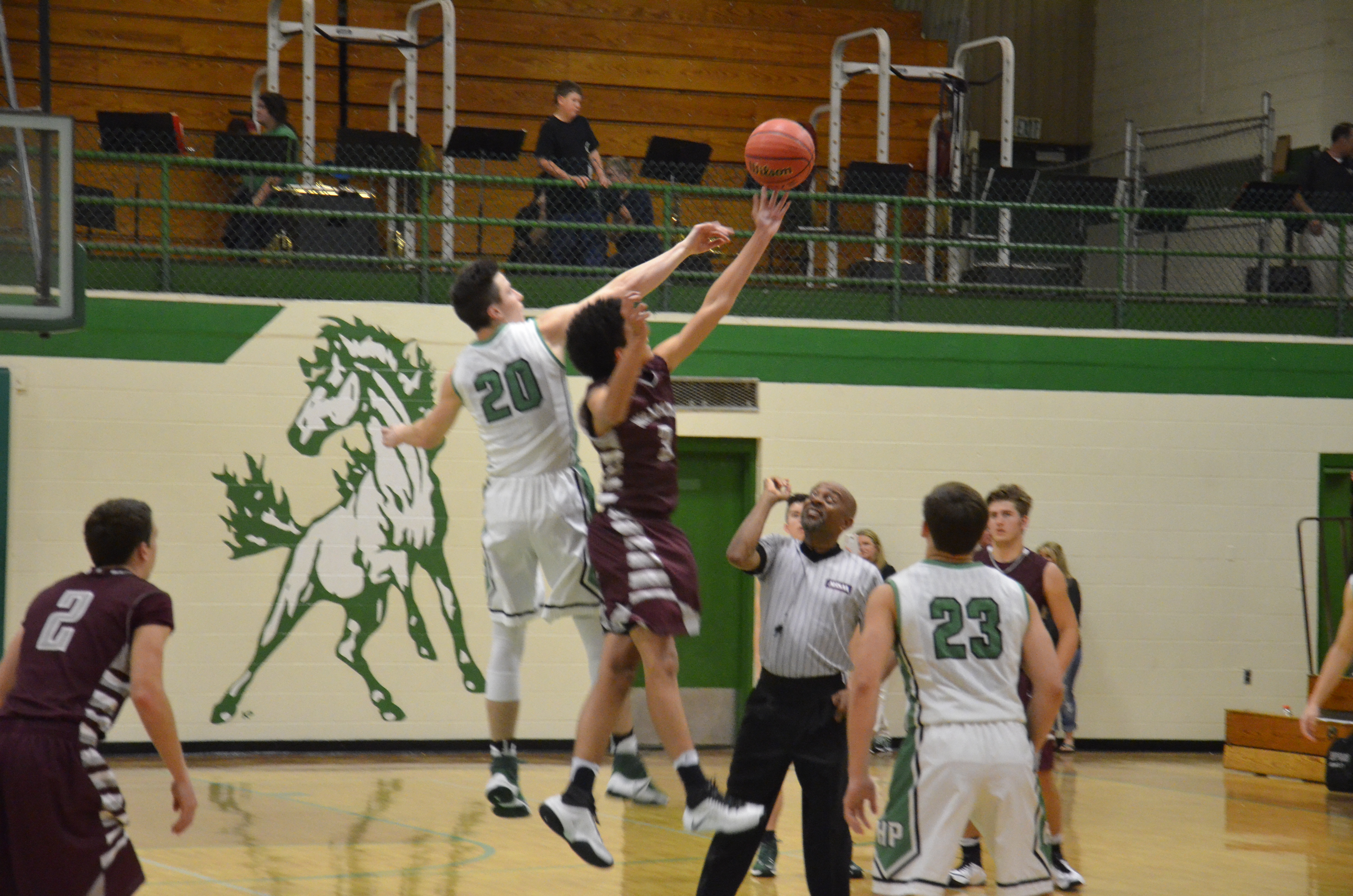 HOLLY POND –  It was a tale of two games for Holly Pond Tuesday night as the Broncos took care of business against the West Point Warriors, while the Lady Broncos faltered against the Lady Warriors.

Holly Pond head coach Mitch Morris celebrated his birthday Tuesday night and received the gift of a win as his Bronco squad rolled to victory, dropping the West Point Warriors 85-64.

Holly Pond opened the game on a 9-4 run thanks to the trio of Dawson Foust, Bailey Smith and Drew Jones. The run prompted a quick timeout from West Point to try and slow down the Bronco offense. The break in the action benefited the Warriors as they started to knock down jumpers and pick up points in the paint. However, Holly Pond closed the quarter strong to take a 25-16 lead after one.

The Broncos picked up the second where they left off the first, opening the second eight minutes with a 10-point outburst that forced another West Point timeout. Holly Pond continued to apply pressure and pour in the points, leading to a 21-point lead at the half.

Coming out of locker room, the Broncos stayed hot, outscoring West Point 10-1 to push the lead to 30. The Warriors weathered the storm and clawed their way back to pull to within 20 of Holly Pond but the Broncos ended the quarter with a flurry to go up 79-49 and force a hot clock in the fourth quarter.

It was all West Point in the girls’ game Tuesday night as West Point cruised to victory 61-38 over the Lady Broncos.

Alexia Shadix and Miriam Oldacre combined for 11 of the 16 first-quarter Lady Warrior points to take a 16-7 lead after one.

The Lady Warriors exploded for 20 points in the second quarter while holding Holly Pond to just six, giving West Point a 33-13 lead at halftime. West Point kept the pressure on throughout the second half, leading to a 61-38 victory.