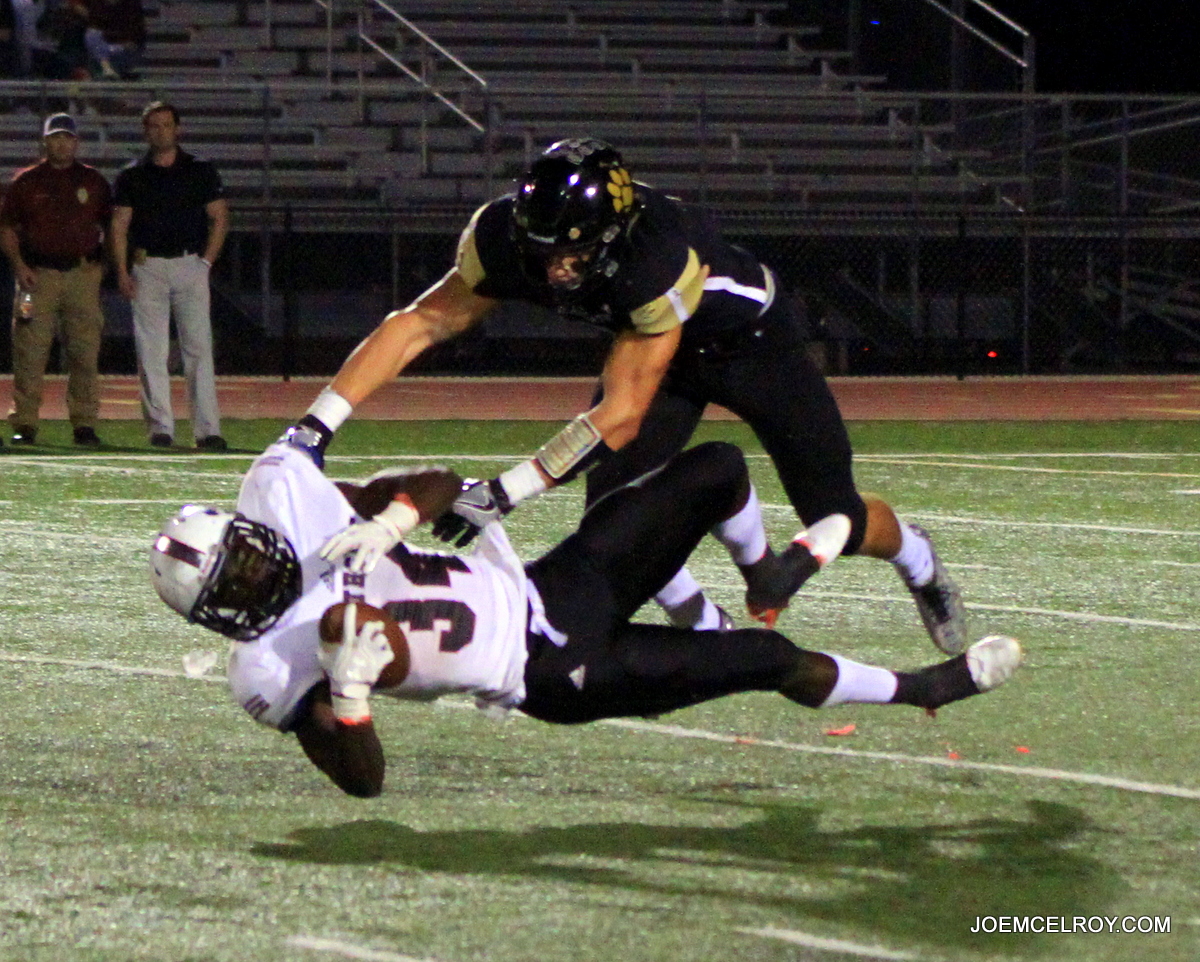 Football is back at Fairview High School for the first time in more than two years after state inspector approved newly designed concrete bleachers on the home side of Dafford Smith Stadium.

Aggies will look to finish fifth in Region 6 with this being senior night, dealing with so much emotion after they got the good news about the stadium last Friday, ending 14 home games since 2014 being played at Cullman's Oliver Woodard Stadium (10 games) and four this season at West Point Stadium.

Fairview's home field advantage was evident when the Aggies went 17-4 between 2010 and 2013, a winning percentage of .810. It dropped to .520 when the stadium was declared unsafe for the fans and the team had to travel, even for home games.

All the Warriors have to do is win. That will clinch the No. 3 seed in Region 6 and send West Point to the 5A playoffs for the third consecutive year.

Curry has lost six in a row and has been outscored in the region 154-45. The closest the Yellow Jackets have come to winning in region play was a 14-0 loss to Hayden Sept. 9 and a 21-6 setback to Springville Sept. 16.

Don Farley coaches against Curry for the first time. West Point is 3-1 at home and has won four of their last five games after an 0-3 start.

Very simple for Mike Bates' Broncos- a victory and they go to the playoffs. Matt Norris' Eagles want to disrupt the playoff possibility. The Broncos are also looking for a six-win season for the first time since 2007.

Despite the loss last week to Fultondale, the Broncos showed how potent they are in throwing the ball. Michael Lambert was 24 of 35 for 424 yards and three touchdowns against the No. 1 team from Region 6.

Vinemont will look to counter with its left-handed quarterback, Garrett Boland. Boland scored the game winner in a come-from-behind victory last year that was back and forth between the two rivals.

Holly Pond has won two straight at home and is 1-0 against Cullman County teams this season. Vinemont is 1-1 vs. the County. Last time the Broncos defeated the Eagles was Oct. 21, 2011 by the score of 32-14 at Holly Pond.

Now the Bearcats look to win against Brewer and get some help that could vault them into second place in the Region 7 standings.

An Albertville loss would send Cullman to the runner-up spot behind Oxford (6-0) who is off for this week in the region. Cullman has the tiebreaker over Pell City with a win three weeks ago.

Albertville defeats Southside, Cullman and Pell City win, a three-way tie will have to be decided under AHSAA guidelines with the last game of the regular season the following week to factor in.

Comes down to the Eagles winning at a site where they haven’t been victorious since 2004 when Cold Springs pulled it out by the score of 15-13.

Eagles have lost six straight to the Panthers and is 0-3 in games at Dixon Memorial Stadium since 2006.

A victory and the Eagles go to the playoffs second in 2A, Region 7 behind Tanner. A loss and they are third with a first-round playoff game to be on the road at a site to be determined after this week.

Raiders come into regional finale looking to end 8-game losing skid. Bulldogs travel from Walker County trying to snap a three-game losing streak and having been outscored in this stretch of the season 125-29. The losses have come to Cordova, Winfield and Haleyville, the first-, second- and third-place teams in the region.

Good Hope is a very young team with many sophomores and some freshmen on the field. Raiders have very few juniors and seniors currently.

Raiders were down 15-0 at the half to West Point behind Warriors, who controlled the line of scrimmage and sent Good Hope to a 50-6 loss.

Raiders looking for first win at James Shabel Stadium since week five of 2015 season when they defeated Curry. Raiders have lost seven consecutive games on campus.