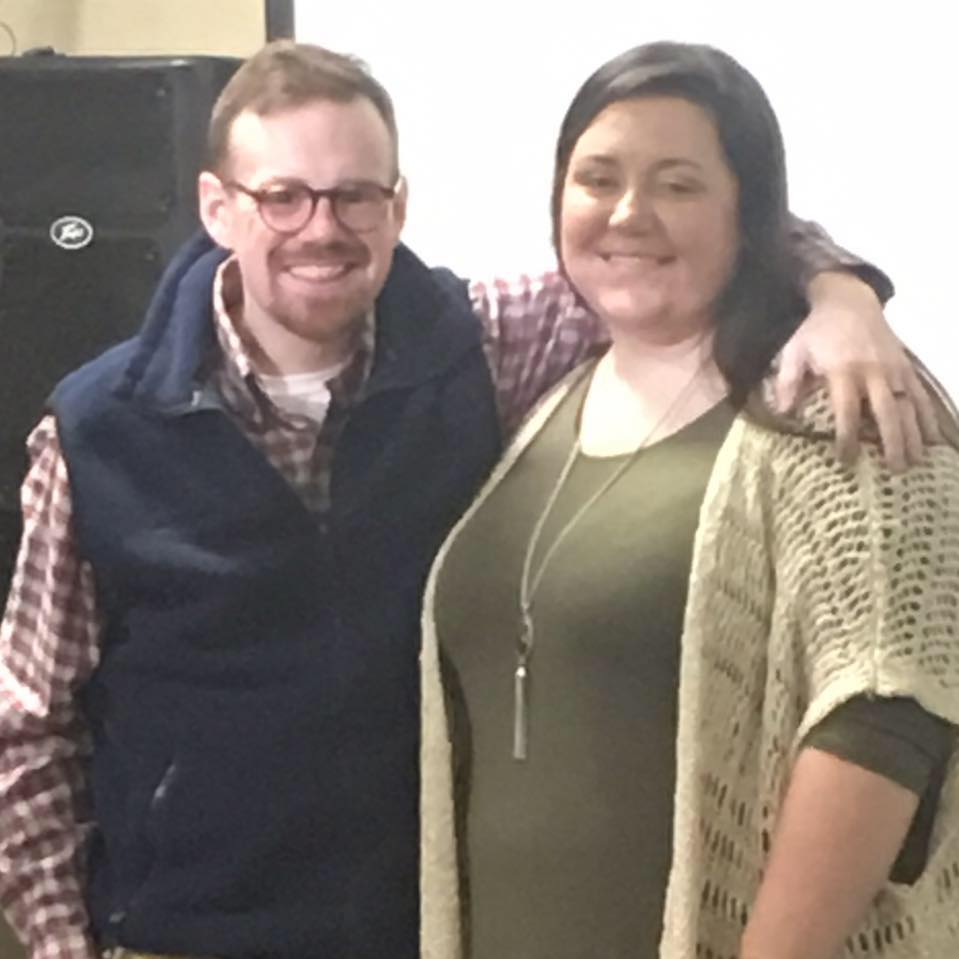 For couples who are struggling with why God would not let them have children, we think the better question to ask is what children has God already prepared for you to have? Be open to what God wants to do in your life and trust in Him and His provision for those who love Him.”
Josh Pendergrass

DODGE CITY – Pastor Joshua Pendergrass and his wife Leslie have always known that one day children would be in their future. Early on, says Joshua Pendergrass, senior pastor at Bethany Baptist Church in Crane Hill, the couple knew that part of that plan would include adoption.

From early on in our marriage we knew that adoption was going to be a part of our lives, not necessarily because of infertility but because we wanted to adopt. We are Christians and the Bible makes clear that one of the great mysteries of our faith is the idea that we are adopted by God as His own children through the sacrifice of Jesus.”

Pendergrass says that adoption is the heart of the Gospel of Jesus, and he and his wife wanted live that out, so they always considered adoption as an option.

“However, we do struggle infertility. About four years ago Leslie’s dad was undergoing cancer treatment and for a while things seemed rather bleak; this encouraged us to start trying to have children naturally,” he said. “We soon learned that having naturally born children was going to be very difficult for us and we sought the help of various doctors; unfortunately, nothing worked. This is okay though, because it just helped cement the idea that we are to adopt.”

The couple made the conscience decision to move forward with adoption in 2013.

Our first venture with adoption was a domestic adoption in Florida. We were matched with a birth mother in 2014 for a baby who was to be born in March 2013. Even though it was a domestic adoption, it was still costly and we invested a lot of money in the process. Unfortunately, some things happened with our birth mother that led to that adoption eventually failing in Dec. 2014. Not only had we lost a large amount of money, but more importantly, we were heartbroken, said Pendergrass. “We were unsure if we were going to try to adopt again because of the financial and emotion strain the failed adoption put on us.

“We have always been open to the idea of international adoption but had chosen domestic adoption first. For whatever reason, that didn’t work out. As we were trying to figure out if we were going to try again to adopt, we were approached by a family member of a member of the church I pastor who had a contact with an adoption agency in Birmingham. That agency was looking for a family to adopt a sibling group of three children; apparently they were having difficult locating a family that was willing to adopt three children at once,” he continued. “As soon as we heard their story we knew that these were the children that God had chosen for us. We were open to adopting from anywhere and these children sent to us by God just happened to be in Africa. So, we didn’t really pick Africa, God picked it for us.”

International adoption can be a long and tricky process. Because you are dealing with a foreign country that doesn’t always do things the way we do them in the States, things are never really set-in-stone.

“This can obviously lead to some anxiety, but we are thankful for have a great adoption agency (Agape of Central Alabama) to lead us along in the process,” explained Pendergrass. “For our adoption, it is basically a three-step legal process. The first is the stage in which the children are declared abandoned and eligible for adoption. The second stage is the one in which we actually are granted the right to adopt them. The third part is the processing of the paperwork between their country (Congo) and the U.S. We began the process in Nov. 2015 and we hope to be able to go to Africa to pick up or children sometime later this year.”

How much does an international adoption cost? Well, because of variables such as travel costs, a hard and fast number is almost impossible to come up with. However, the Pendergrasses estimate that their adoption will cost somewhere between $50,000 and $60,000.

The couple is ecstatic to welcome their three children home. The oldest is a 5-year-old boy. The two younger children are a set of 20-month-old twins; there is one male twin and one female twin.

Nothing is ever certain with international adoption. Things often change daily, sometimes multiple times a day,” said Pendergrass. “Right now, the best guess is that we will travel to Congo to get our children and bring them home sometime in the late fall or early winter. We certainly expect to have them home before the first of next year.”

We asked Pendergrass for some words of advice or encouragement for other couples who are struggling with infertility or considering adoption.

“While we were still visiting doctors trying to have a child, we would often see other people who were pregnant and we would question why God wouldn’t allow us to have a child while letting other people have children,” he said. “We realize now this is selfish. What we have come to understand is that God has chosen us for these children, which means that before the world began He knew we would struggle with having biological children, so He made us and the three children we are adopting uniquely for each other. That means that God has a big and grand plan working behind the scenes that we can’t always see. So for couples who are struggling with why God would not let them have children, we think the better question to ask is what children has God already prepared for you to have? Be open to what God wants to do in your life and trust in Him and His provision for those who love Him.”

This Saturday, Aug. 20 Johnny’s Barbershop in Dodge City will be giving free haircuts from 8 a.m.-noon. Donations will be accepted. All proceeds will go the Pendergrass family to help with the adoption expenses. The barbershop is located at 455 Alabama Highway 69 South, Hanceville, AL 35077.