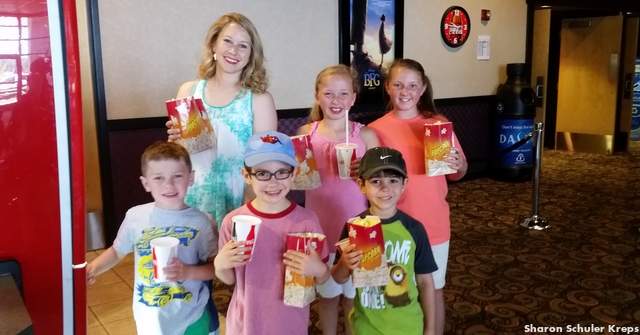 Overall it’s been a good summer and a pretty good year all around.”
Harold Barnard

CULLMAN – The 2016 Carmike Cinemas Summer Kid Series came to an end this week. The 10-week series offered a little something special for kids of all ages to enjoy over the summer break from school. The best part about the Summer Kid Series was the price; it included admission to the chosen movie, a 16 oz. drink and 46 oz. popcorn for only $4 plus tax and was available for all customers regardless of age. It was the perfect way to have some fun while escaping the blasted heat outside.

“This is about the fourth or fifth year we’ve done the Summer Kids Series,” said Harold Barnard, Carmike Cinemas 10 managing director. “This year we showed the same movie on two different days, so it split the business up some, but it all equaled out about the same as last year. We had a good time and it was a little easier for people to come to it, having it on two days.”

With flicks such as “Alvin and the Chipmunks- Road Chip,” “The Croods,” “Epic,” “Home” and several more, there were some very funny and entertaining options.

“Most everyone has already seen the movies; it’s really just something for them to do during the summer,” said Barnard. “Most are younger kids who might not get a chance to go to the movies a lot. We mainly had the same crowd that came each week, which were mainly the daycare children and grandparents bringing their grandkids. We had about the same amount of business as we did last year. Overall it’s been a good summer and a pretty good year all around.”

The summertime movies were lots of fun this year, thanks to the Summer Kid Series at Carmike Cinemas 10. Unfortunately, it is uncertain if it will be available to us next summer.

“We don’t know what we are going to be doing next year,” Barnard stated. “Carmike is up for sale right now. At this point we don’t know if things with the new company trying to acquire us will go through yet or not. But if we are still Carmike next summer, we will definitely do it again next year; it’s just something they like to do every year,” he smiled.