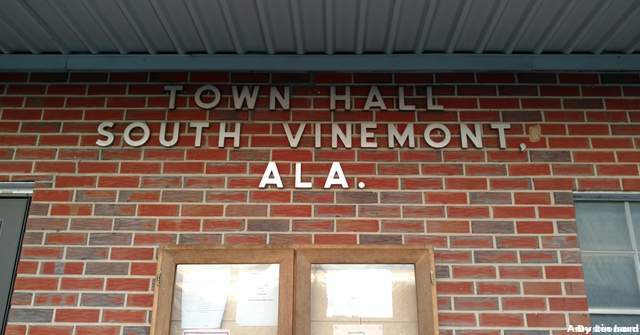 VINEMONT – For the monthly meeting of the Vinemont Town Council Tuesday evening that lasted only 15 minutes, Mayor J.D. Marcum and the council welcomed a guest speaker to present a proposal that could benefit the town and other municipalities across the county.

Cullman County Personnel Board Representative Ron Stone was given several minutes by the mayor and council to provide his purpose of being in attendance.

Stone and the personnel board are proposing new tax splits for all municipalities across the county.

Facts and figures were given to the mayor, the council and members of the media by Stone. This was Stone's third visit to a municipality in the county, having seen the mayors and councils in the towns of West Point and Holly Pond before attending Vinemont's regularly scheduled meeting.

The proposal Stone said to the council is for a 50-50 split with Cullman County and its municipalities.

Stone stated the main priority for the tax split is to assist the schools across Cullman County. An example he provided was a $12,000 budget by the Town of Baileyton that goes into projects at Parkside School.

Stone extended an invitation to Marcum and for a member of the council to be on hand for a tax debate that is scheduled for Aug. 13 at Fairview High School.

The debate will be from 1-3 p.m. with the public invited to attend. Stone said he has been informed that Rep. Randall Shedd, R-Fairview (District 11) and Rep. Corey Harbison, R-Good Hope (District 12) will be in attendance, along with the staff of the Cullman County Commission.

When reached for comment following last night's meeting, Harbison said, "I am not participating in any tax debate. I know I have been approached by a few residents that would like to see the tax structure changed, and I will attend to listen to residents, but I don't plan to speak or have any part in organizing (the debate)."

Shedd told The Tribune, "Mr. Stone contacted me about his thoughts about changing the tax structure in Cullman County. I agreed to attend and listen to the public on this issue."

The mayor and council informed Stone they would take a further look into the proposal and would get in touch with him as soon as possible.

In other news, the council approved the minutes and budgets from a special meeting that took place in June. It was approved by the council to accept financial figures presented to the council from last month.

Also, it was noted that Town Clerk Amy Johnson will coordinate the municipal election that will take place on Aug. 23.

Town employee Mike Graves reported concrete was being poured in a project that is underway at the Vinemont Sports Complex.

Councilwoman Joann Oakley informed the council the Girl Scouts are planning to paint the Scout Center on Saturday. Paint has been gathered by Graves.

The meeting was adjourned at 6:15 p.m. with the next meeting scheduled for Aug. 9 at 6 p.m. inside town hall.

Tax Documents Presented by Ron Stone by cullmansense on Scribd