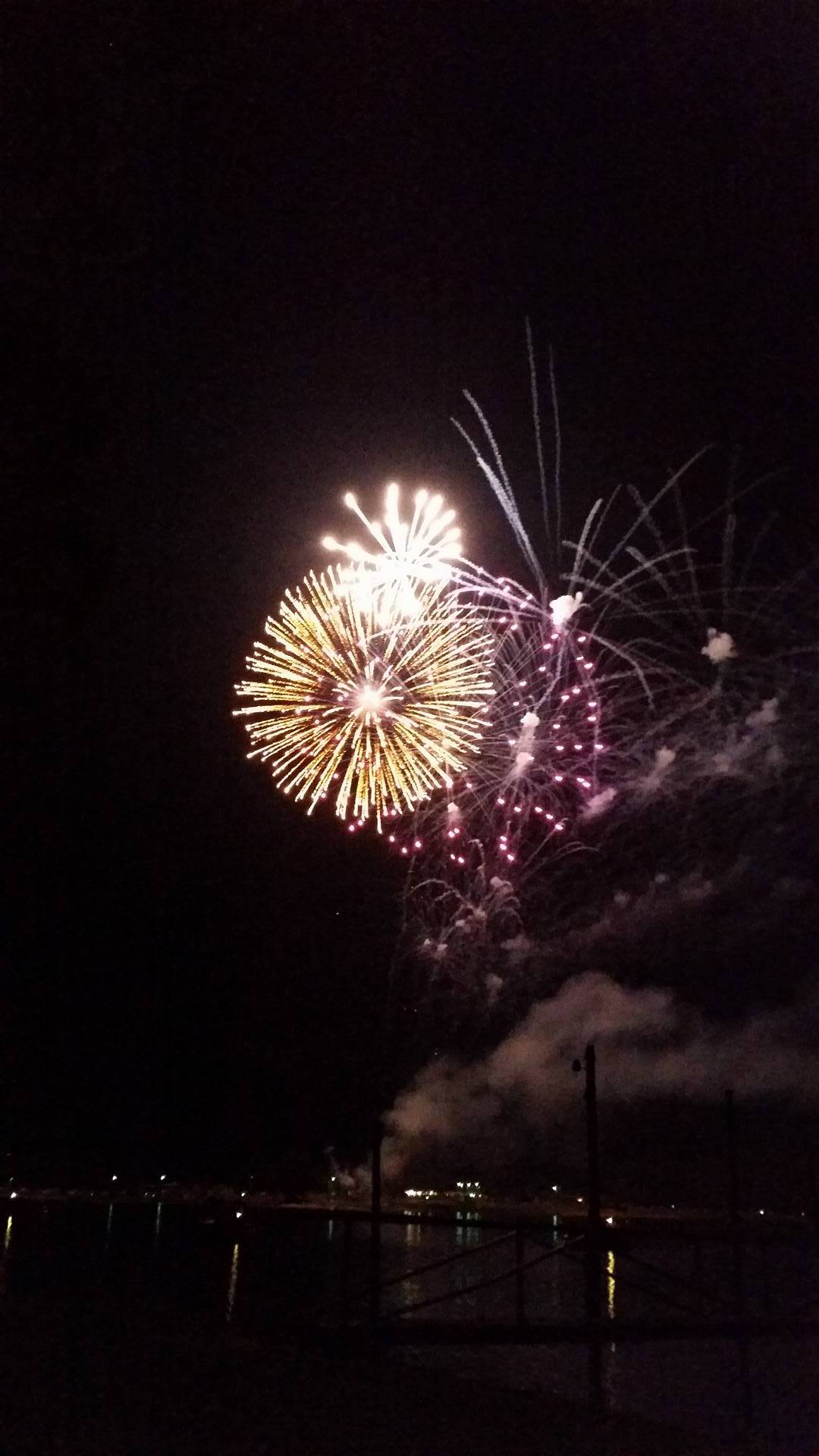 The fireworks brought tears to my eyes. Only in America can we celebrate the Fourth of July with such a beautiful display of fireworks!”
Cindie Wilson

CULLMAN – Smith Lake Park held its annual Fireworks and Music Festival on Saturday, opting to hold the event on the weekend since the Fourth of July falls on a Monday this year. It was a day filled with family fun and featured arts and crafts and lots of food vendors. Fantastic bands took the stage and entertained the crowds throughout the day. The park’s new camp store was open and putt-putt golf was available as well. The swimming pool was filled with swimmers the whole day and kayaks and canoes were available for rent. At the end of the day, a colorful fireworks display lit up the night, leaving thousands of people in awe and filled with patriotism.

“We’ve kind of got the park all turned around, have everything painted up and trying to increase the amount of people coming into it,” said Doug Davenport, Cullman County Parks & Recreation director. “This is the biggest group our park has ever had since Sara (Teichmiller) and I have been involved. We are going to continue to step it up a little bit more each year.”

For those who haven’t been to Smith Lake Park in a while, there have been a few changes. There is a new entrance and brand new park office. There had been a lot of work done ahead of time in hopes for an easy day for the festival.

“With the new office and running two lanes, everything has been so smooth and easy today I’m thinking, ‘Gosh, where is all the stress?’” he chuckled. “Everything is going in sync; we have planned for the worst and so far it’s been a pretty smooth transition with getting everybody in. I think we are probably 100 campers over the park’s capacity as far as having hookups. All these down here,” he pointed, “are what we call overflow. We probably have about 30 motor homes running off generators. I don’t know if it was because we had the festival on the 2nd this time; we made that decision because a lot of people have to go back to work on Tuesday, so we felt like our campers would leave and wouldn’t get a chance to enjoy the fireworks.”

The vendors seemed to have a successful day Saturday. Most of them had lines of people standing and waiting for a chance to either check out their merchandise – or dunk a veteran!

“We’ve had a great day today,” said Jeremy Hogan, founder of Saving Forgotten Warriors. The group had a table filled with T-shirts and hats and other goodies. They also had a dunking booth, which was a big hit! “There has been a big crowd and we have enjoyed it. I’ve probably been dunked a hundred times – we’ve had a blast,” he laughed as he climbed out of the tub of water after being dunked. “This is SFW’s first time to be at the Fourth of July celebration at Smith Lake; it’s awesome! I love Cullman!”

The fireworks were amazing. Blasts of colors lit up the night beautifully and the crowds cheered for nearly 20 minutes afterwards. It was a wonderful way to end a wonderful day!

“The fireworks brought tears to my eyes,” said Cindie Wilson of Hartselle. “Only in America can we celebrate the Fourth of July with such a beautiful display of fireworks!”

Everyone was pleased, especially Davenport.

“I've got to give a shout out to my wonderful park staff; they worked in some very hot conditions this week (some days working 18-hour shifts at the ticket line with the heat coming off the vehicles) to pull off the Smith Lake Park Fireworks and Music Festival,” he said. “This is no one-person show, with help from the Sheriff's department, Cullman EMS, local fire department and all the awesome Cullman County Parks & Rec Staff and to all the other County workers that helped us. I just want to say thank you for what you did to represent our parks.”