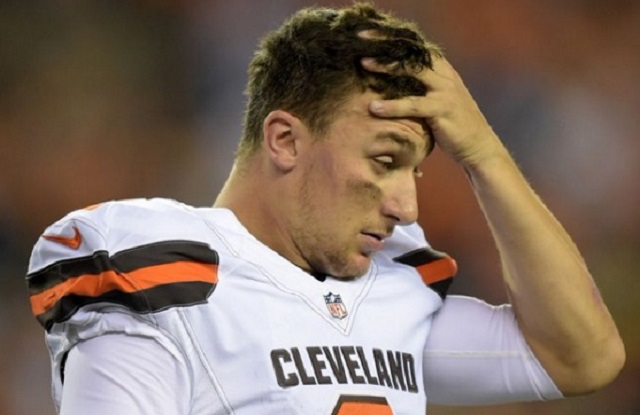 Senior Cpl. DeMarquis Black told The Associated Press the accident happened Monday night, and Manziel had a witness from his vehicle and an impartial witness. Manziel attorney Bob Hinton said police told him the vehicle was damaged on the driver’s side.

Manziel’s publicist, Denise Michaels, said the former Cleveland player told her he hit his head but didn’t have a concussion or other injury.

The 2012 Heisman Trophy winner is facing a misdemeanor assault charge in a domestic violence case involving former girlfriend Colleen Crowley. A status hearing is scheduled for Friday, but Manziel isn’t required to appear.