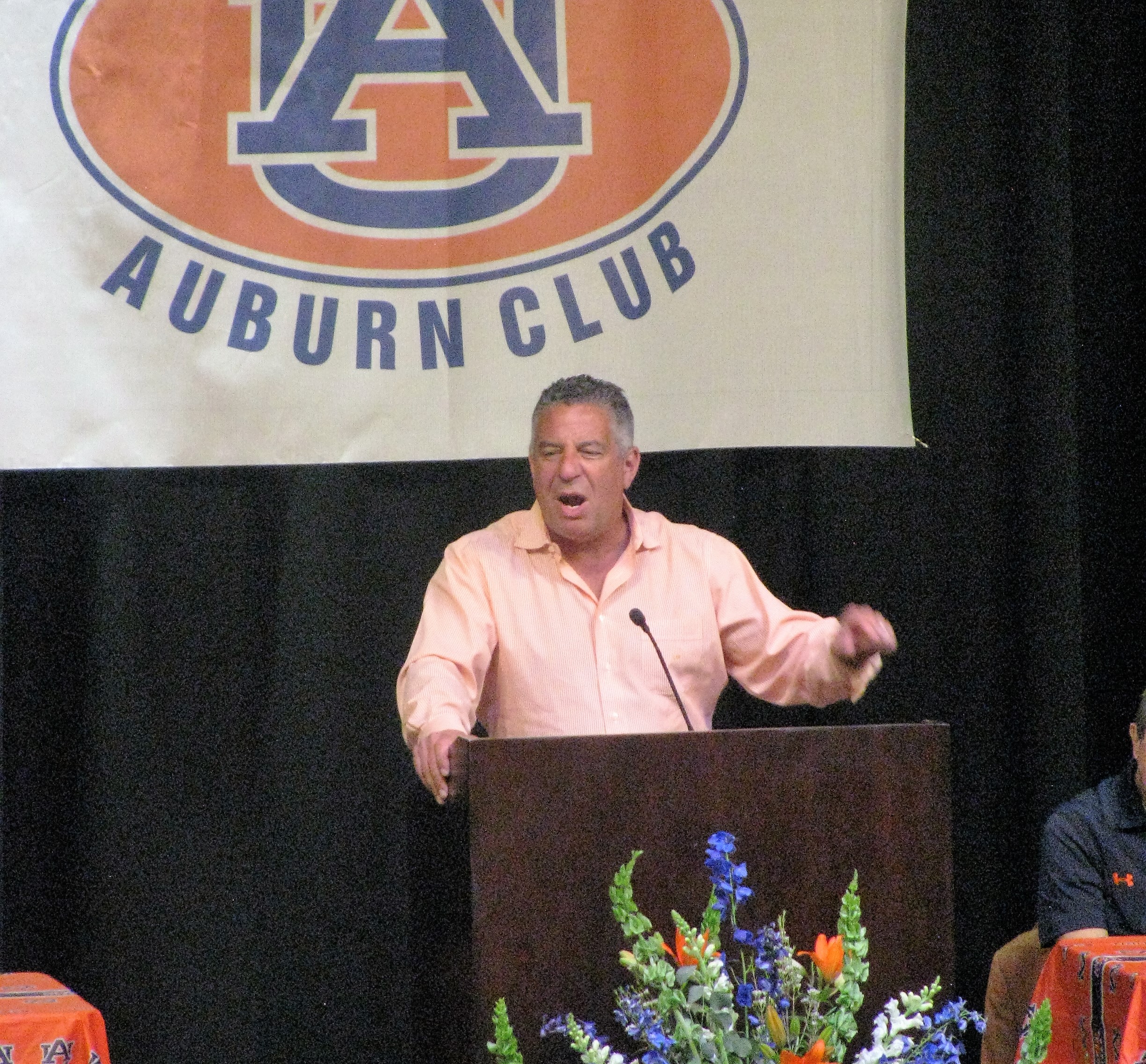 CULLMAN – Auburn basketball coach Bruce Pearl is approaching his third season on the Plains and has nowhere to go but up, even with the roster being young in limited game time experience.

Pearl visited the area Tuesday evening as a guest speaker at the Cullman County Auburn Club banquet, held inside the Cullman Civic Center. The veteran coach took a few minutes with local media prior to the event, going over the process that will start immediately in the quest to improve from an 11-20 record in the previous season.

"We have our first meeting with our returnees and veterans Wednesday night. The freshmen will come in after Memorial Day for their transition program. We will start training next week. I am excited about next year's team."

Auburn had nine wins under its belt before Christmas. Then the Tigers ran into a situation where injures depleted the team at certain positions and they had to discipline leading scorer Kareem Canty after he had an incident with one of the assistant coaches and missed the final 12 games of the schedule.

With no quality depth at point guard, Pearl had to put post player Cinmeon Bowers at the point position and the Tigers struggled by winning twice in February, losing their last four games, including a 97-59 defeat to Tennessee in the first round of the SEC Tournament in Nashville.

Pearl sees the incoming freshmen being battle-tested once the season begins. "All of our freshmen will play," he said. “Bryce Brown and Horace Spencer were an important part of the team last year as freshmen. All four will be on the floor next year. (We are) going to have seven to eight freshmen and sophomores in our top 11. (We are) going to be a young team, an athletic team and a more talented team."

"DeSean was a dominant player in mid-major college basketball in the Big South, " Pearl stated. "I talked to a number of coaches in the Big South who said, if he had the chance, he could be an effective player at the high major level."

Not just being optimistic, Pearl believes his young team will be able to get accustomed to the up-tempo style he loves to play. What he is wanting is his defense to force more turnovers than last season, believing that will benefit the progress of Auburn basketball.

Pearl analyzed the improvement of the SEC from the middle of the pack to those who tried to stay out of the bottom of the standings. "The middle and the bottom of the SEC is much stronger now than it was when I was at Tennessee. The league is getting better, but the top of the conference is not strong right now."

When healthy, Auburn was able to show how competitive they were last season. They started the SEC schedule with a win over Tennessee then shook off three consecutive conference losses by taking down Alabama and nationally-ranked Kentucky at the Auburn Arena in late January.

Then injuries and the suspension of Canty changed the course of the season in which the Tigers played hard, but were unable to maintain a winning formula.

That is why Pearl believes the Tigers have nowhere to go but up as a young team that will deal with intense competition once they enter the SEC schedule right after the New Year's holiday.