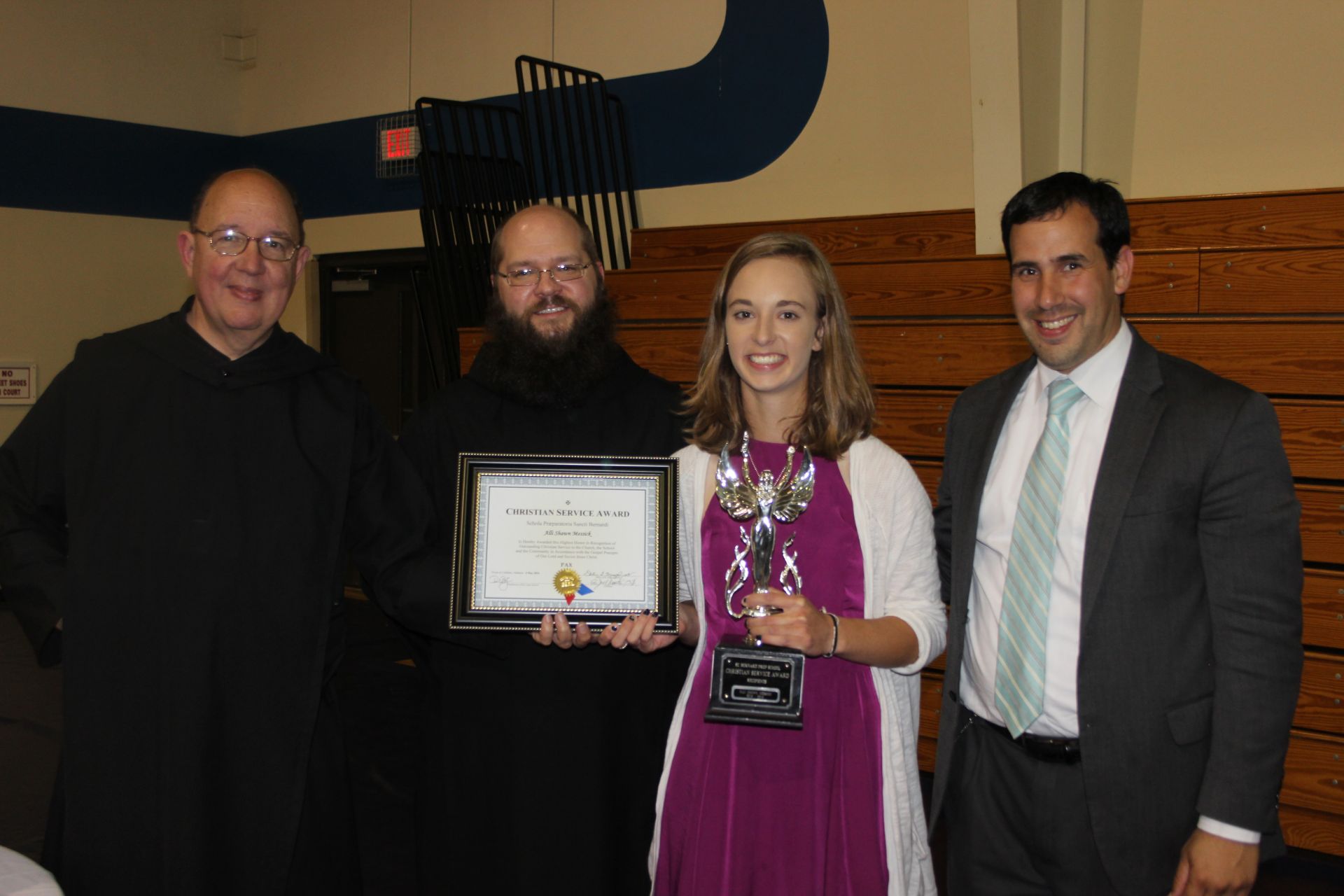 CULLMAN – St. Bernard Preparatory School recently honored outstanding students for their academic achievements during the 2015-16 school year.  Faculty, students, parents and friends gathered in the Fazi-Richard Athletic Center to applaud the dedication and achievements of the senior class, as well as the student body.

High School Headmaster, Mr. Dan Baillargeon welcomed guests and offered his congratulations to the students and faculty for their outstanding work.   After Fr. Bede Marcy, school chaplain, offered an opening prayer,  Middle School Headmaster, William Calvert, commented on the achievements students had made during the current school year.

Academic awards were presented by the departments of English, Physical Education, Fine Arts, Science, Social Studies/Theology, Foreign Languages and Mathematics.  Following a brief intermission, the evening concluded with school recognition awards as well as awards for the Knights of the Altar.   The culmination of the evening was the awarding of the Christian Service Award.

The Christian Service Award, the school’s highest non-academic award, was presented to senior Alli Messick.  Qualifications for this award include outstanding character and striving to live according to the example of Christ.  The award recognizes a life characterized by Christian love shown through one's daily good example of true selflessness, working for the good of individuals and of the community.  Important qualities are goodness of character, behavior; respect shown to all people; volunteers time, talent.

Messick, who began her journey at St. Bernard as a seventh-grade student, is the daughter of Keith and Leah Messick of Cullman.

Fr. Joel Martin, president of St. Bernard Prep, congratulated each student honored for their achievements and offered encouragement to keep up the good work.