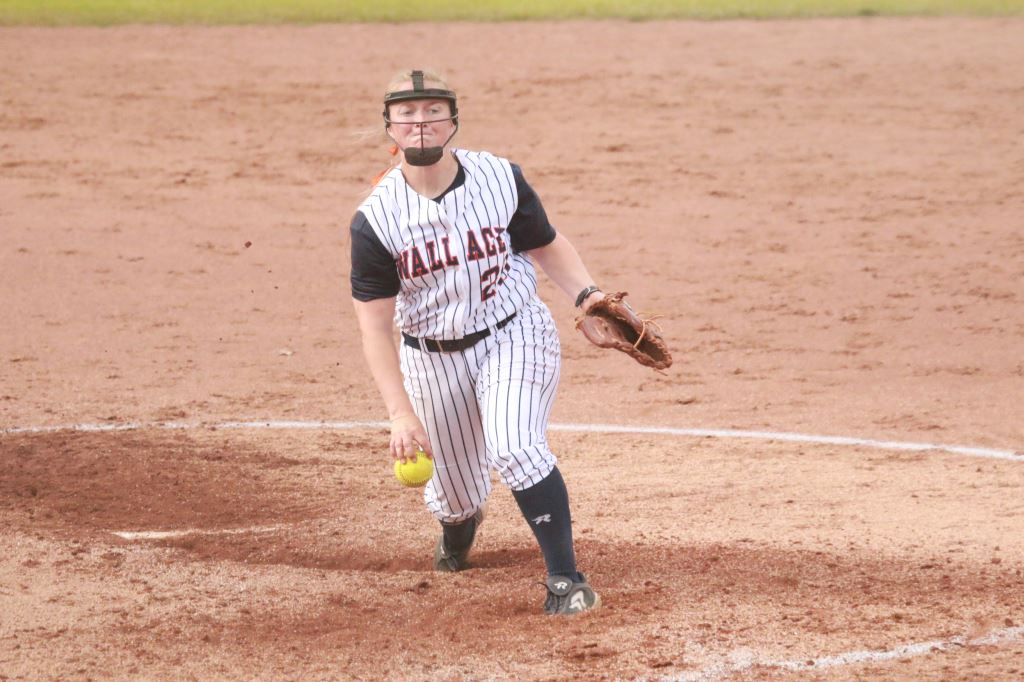 Photo: Wallace State’s Julia Dailey improved to 7-0 on the season after tossing a four-hitter against Shelton State.

Wallace State (44-20, 24-4 ACCC) secured the achievement by squeaking out a 1-0 walk-off win in the opener as Amber Hammonds was hit with the bases loaded. Meanwhile, sophomore Julia Dailey (7-0) took care of things on the mound, silencing Shelton State’s bats for her first complete game shutout of the season.

By clinching at least a share of the ACCC North championship, Wallace State softball has now closed the season at the top of the standings for 11 consecutive seasons. The Lady Lions open ACCC/Region 22 postseason action on April 29 at Alabaster’s Veteran’s Park, where they’ll seek their second straight championship and 10th overall.

“It’s a great accomplishment for us to be where we’re at. This team has been through a lot of adversity this season, including starting out with a poor record, but we made sure not to feel sorry for ourselves. It’s actually brought us closer together,” said Dailey, a Huntsville High grad. “We expected to be in this position all along.”

Dailey and Shelton State’s Kim Crowson matched up in a pitcher’s duel in the opener before Wallace State ended the game in dramatic fashion.

Katie Parr drew a walk off Crowson to open the bottom of the seventh for Wallace State, and two batters later, Sarah Ellen Battles doubled, setting up runners at second and third with one out. Karra Elam followed with a walk to load the bases and Hammonds was plunked by the next pitch, forcing in Parr for the game-winning run.

Shelby Brown had a pair of singles for the Lady Lions in the opener and Olivia Royal added a single.

Dailey has been a revelation on the mound for Wallace State over the last month. She has won five of her last six decisions after not making her first career start until April 7 vs. Calhoun.

Dailey tossed a four-hitter against the Lady Bucs, striking out three and walking two.

“I’m just trying to help the team win any way I can. I feel like I’ve found a good groove on the mound,” Dailey said.

Haley Britt’s RBI double in the third inning accounted for the lone run of the game for the Lady Bucs.

Parr had a pair of singles for Wallace State in the second game and Molli Garcia had a single in the bottom of the seventh.

Jesse Butler was the tough-luck loser for Wallace State in the finale. The freshman from Lexington went 6 2/3 innings, allowing a run on three hits. She struck out two and walked one.