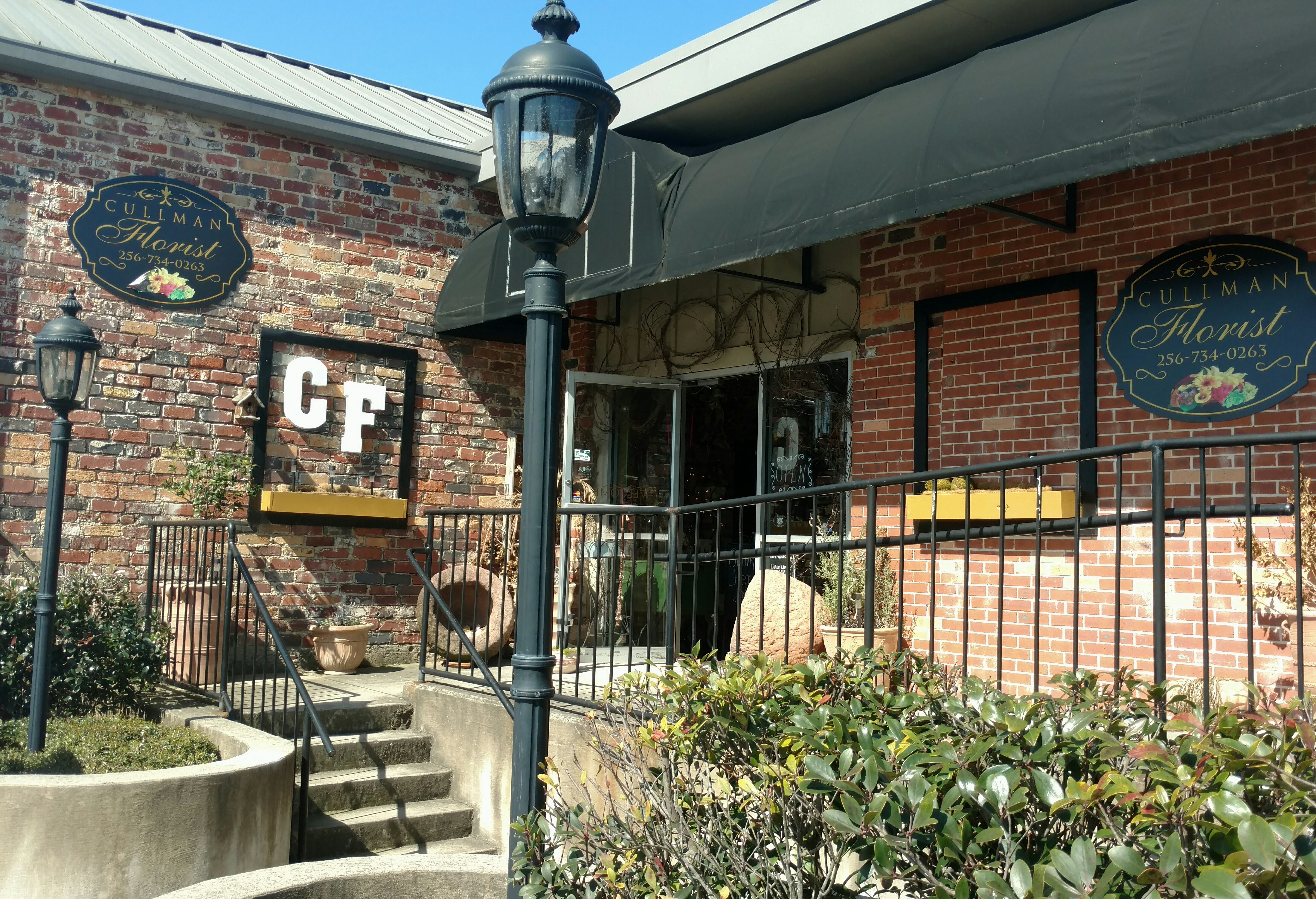 CULLLMAN – Celebrating its 50th year, Cullman Florist is a staple in the local flower business that has outlived all of its original competition from the 1960s.

Originally owned by Gladys Bright and Sylvia Ward, the flower shop operated under the name of Brighton Ward’s throughout the depression of the 1930s and until it was sold in 1966. That’s when Geneva King took over.

“When Mother first bought it, of course we kept the phone number, and when we answered the phone, we had to say, ‘Cullman Florist, formerly Brighton Ward’s’ and I don’t know how long we did that. It seemed like forever!” said King’s daughter, Annette King McHan.

King, a Holly Pond native, began her floral design career as a teenager while working for her future husband’s aunt who owned a flower shop. The aunt taught young King the tools of the trade.

What couldn’t be taught, however, was King’s dedicated work ethic which was needed to get business booming at her newly acquired Cullman Florist.

First located on Ward Avenue on the city’s west side, Cullman Florist and its tiny, but feisty owner groomed many of the town’s best known designers. Running the roads to design workshops and events, King would load her designers into her van and make sure they stayed on top of the latest trends.

Working beside King after school and on Saturdays was her daughter, McHan, who watched and learned from a young age. McHan was in the fourth grade at St. Paul’s Lutheran School when her mother purchased the business.

Known for her dedication and charm, King’s commitment to her business knew few limitations. During Valentine’s Day, Mother’s Day and other flower giving holidays, King would often come home late at night and feign sleep until her husband fell asleep. Once Harold King was snoring and she could get back to the shop without a firm talking to from her husband, King would hop out of bed and get back to work.

“There were professional women in the 1960s in Cullman, and Mother aligned herself with them. She was fierce. She loved her civic duties and those meetings were a priority.”

The shop moved to a new location on the east side around 1980, and business continued to grow for the passionate King, who soon purchased her newly rented location from the Doyle family. While King remained visible in groups like the Pilot Club and Cullman Area Chamber of Commerce and was winning the Businesswoman of the Year award, her daughter was attending college at the University of Montevallo. Yet, when home, McHan continued to put in hours at the family business.

In 1999, King placed Cullman Florist in the capable hands of McHan and her husband, Terry. To be expected, there were growing pains. McHan tells of when the credit card machine was implemented at the shop, which was foreign to King.

“The main thing that changed is we started taking credit cards. Mother was horrible at taking orders,” laughed McHan. Taking orders by hand for many decades, King would usually list only a customer’s first name on the “bill to” line with no address. After all, she knew who her customers were. However, that made billing a nightmare. “Those were the same disagreements she and my daddy had beginning in the 60s,” laughs McHan, “Daddy would say ‘Geneva!’ and Mother would mutter, ‘Oh shoot, what did I do now?’”

King passed away on November 7, 2010, six months before the 2011 tornadoes that devastated many buildings and businesses in Cullman. Cullman Florist was one such business, suffering a complete loss of the building.

“We stayed in the same location until April 27, 2011 when we blew over to the Warehouse District,” joked McHan.

That kind of service is what Geneva King built Cullman Florist on and it’s what continues to grow the vision of her daughter, Annette McHan.