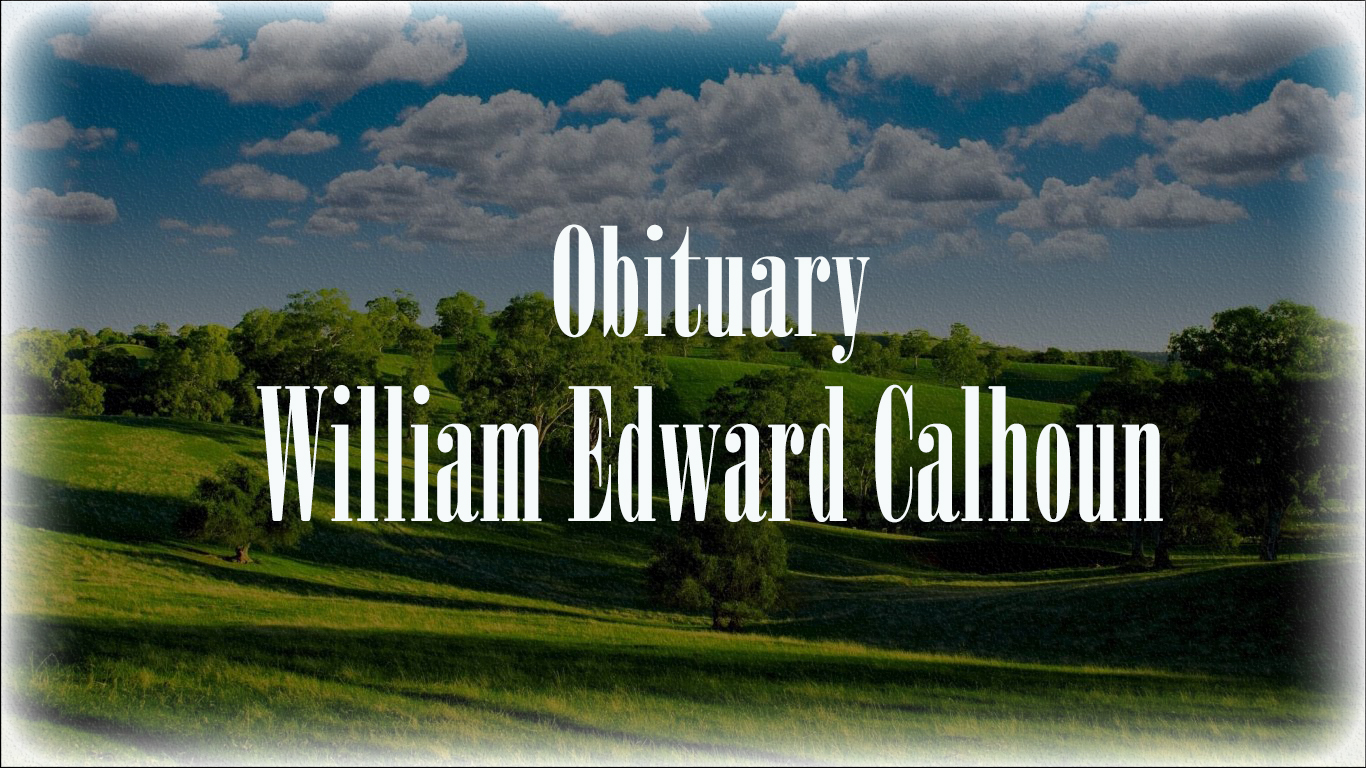 Mr. Calhoun passed away Thursday, February 18, 2016 at his residence. He was born August 8, 1935 to parents, Joseph Grady and Rilla Naomi Wallace Calhoun.

He is preceded in death by his parents; wife, Phyllis Calhoun; son, Bill Calhoun.

Visitation will be Saturday evening from 5:30 p.m. until 8 p.m. at the funeral home, and will continue Sunday from 1 p.m. until 2 p.m.