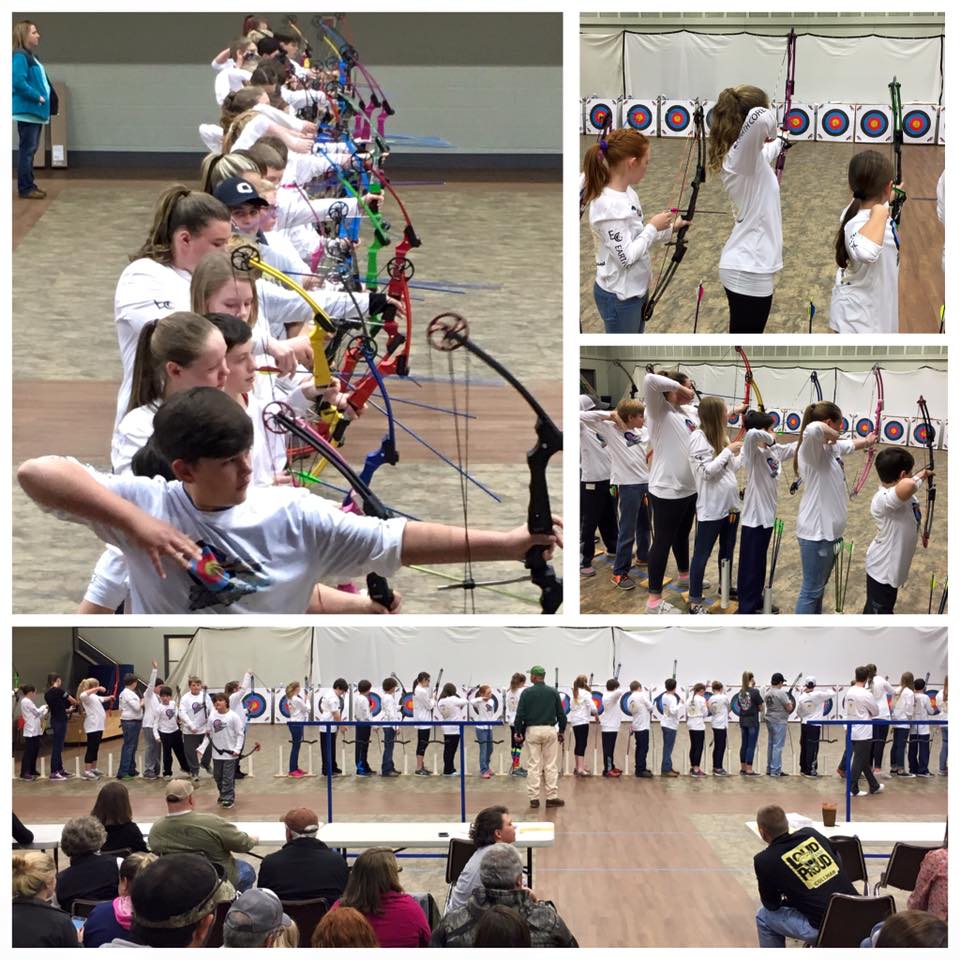 CULLMAN – Cullman City Parks and Recreation hosted a National Archery in the Schools Program (NASP) Archery Tournament at the Cullman Civic Center on Saturday, Feb. 13. Schools from throughout Cullman County were present in addition to competitors from Cordova, Addison and Curry. Waid Harbison of CP&R estimated over 175 students participated during the day. The team from East Elementary came out on top.

The popularity of archery has surged in recent years in the county.  Harbison shared, “The thing about archery is it’s a little bit of something different, something unique. I think there’s a lot of kids who are good at baseball and basketball, and more traditional sports like that, but archery is one of those sports that requires a lot of technique and skill.”

That skill is clear when Makenzie Fowler, a third-grader at Welti Elementary, shoots. Brandon Fowler, her father, said he and his daughter enjoy hunting together so archery was a good choice for her. Fowler said she likes shooting with her friends at school and is glad her dad helps her.

NASP launched in 2002, with 21 students in Kentucky participating. The program has grown exponentially since then.  The program incorporates time during the students’ school day for instruction.

Mandy Phillips appreciates the school time practice, stating, “It’s not overwhelming because they do so much of it at school so you don’t have a lot of extra practices to go to.” Phillips’ daughter, Welti Elementary fourth-grader Savannah, is competing for her second year in archery and was one of many young girls involved in the tournament.

Harbison concluded, “Sometimes these guys who haven’t found their niche somewhere else find it with archery and find themselves being good archers. It’s a sport that you can excel at really quickly if you work hard at it. It’s a new, bustling sport that’s really big in this community!”

Back in January, through a local grant from the Heritage Archery Club, a Cullman chapter of the Bowhunters of Alabama, NASP archery equipment was awarded to four area schools. This was a result of the local club working together with the city and state in support and promotion of the Alabama Department of Conservation & Natural Resources’ Alabama Wildlife and Freshwater Fisheries (WFF) Division’s community archery strategy.

West Point School, Fairview High School, East Elementary School and Welti Elementary School all applied for the grant and received the equipment, purchased with private funds. Heritage Archery Club offered $5,000 in grant funds to area schools and partnered with the WFF Division and CP&R for distribution and promotion of the continued archery lifestyle here in Cullman and all of Cullman County.

Now is the time to sign up for CP&R’s Spring Session II (March 14-April 25) Youth Archery classes. CP&R’s youth archery classes offer a challenge and fun experience for every level with classes offered throughout the week for beginners, intermediate and advanced archers. Bows and arrows are provided for beginners, but students can also bring their own. Anthony Parker will be the course instructor. Archers will master the skills of each level and move up through the classes until they reach the advanced level. Classes will be held at the Indoor Archery Range at the Cullman Civic Center and cost is $60 per session. Register now at the Cullman Civic Center.