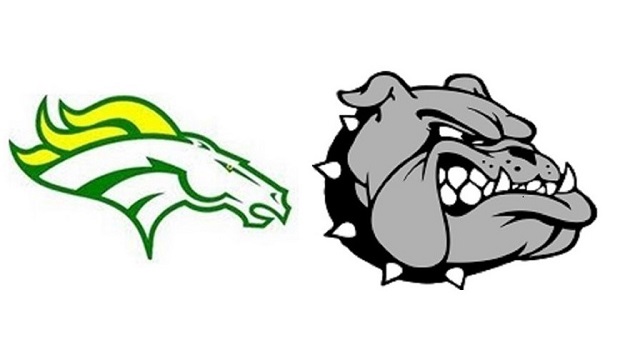 HOLLY POND –  Four win and in games were on tap in the 3A Area 10 tournament Wednesday night at the Pond. Here is a breakdown of all the action.

The Lady Bulldogs of Susan Moore started their win and in game vs. Hanceville with a flurry, going on a 7-0 run that forced a timeout from Hanceville. Following a pair of Susan Moore free throws, Hanceville finally broke their scoring drought at the 5:37 mark with a bank shot by Taylor Hollingsworth. The easy bucket helped get Hanceville in rhythm, but the 7-0 run was the difference in the first quarter as Susan Moore jumped out to the early 19-12 lead at the end of one.

Susan Moore kept the pressure on in the second, hitting shots all over the floor that led to an 8-0 run and extended the lead to 12. Hanceville was able to cut the lead to eight just before the half but still trailed 32-24 going to the locker room.

Down by 12 but refusing to quit, Hanceville stormed back to take the lead on the strength of a 4-7 performance from 3-point land, led by a pair of deep balls from Karmen Johnson to go up 43-42 heading to the fourth.

Susan Moore took the lead back from Hanceville early in the quarter, and despite the valiant effort from Hanceville, held them off until the last four seconds of the game. Hollingsworth of Hanceville drove the lane and banked in the shot to tie the game at 58 and force overtime.

The action was back and forth in the four-minute overtime period. Both teams scored up and down the floor, but it was Susan Moore with the advantage with 5.5 on the clock thanks to a lob pass and easy lay-up from Sydney Reeves. Hanceville had a shot at the tie, and thanks to Hollingsworth, they did to force the second overtime period.

Hollingsworth started the scoring for Hanceville, but Susan Moore answered just as quickly.

They then took the lead on a McKenzie Standridge lay-up to take the lead by two. They extended the lead to four but Hollingsworth drilled a three from the wing to pull Hanceville to within one. However, this was as close as they would get as Susan Moore defeats Hanceville and assures themselves a spot in the finals. They will face the winner of Vinemont and Holly Pond, but more importantly, this punches their ticket to the regional tournament at Wallace.

It was slow going in the first with just nine total points scored midway through the quarter, Vinemont holding the 6-3 advantage. Both teams fell into rhythm at the end of the quarter, combining for 30 points, 15 each, after the first eight minutes of play.

Vinemont started off strong, building a five-point lead, but Hanceville quickly took the quarter over thanks to a 7-2 run, prompting a Vinemont timeout. Hanceville continued the offensive onslaught throughout the quarter, riding the hot hand of Xavier Malcolm who hit four threes in the quarter. The Bulldogs took the 33-25 lead at the break.

Hanceville began the third with a 9-5 advantage, pushing their lead to 12. The Bulldogs continued to apply pressure quickly ballooned their lead to 21 with 1:30 left in the third.  With a late flurry, Vinemont was able to cut into the Hanceville lead by four but still trailed 53-36 going to the last quarter.

Vinemont fought hard in the fourth but they could not overcome the 17-point deficit as they fell to Hanceville. The Bulldogs advance to the championship game to face the winner of Susan Moore and Holly Pond. They also earn their way to Wallace and the Regional Tournament.

The Lady Broncos controlled the opening tip and the game Wednesday night vs. the Vinemont Lady Eagles. Five threes in the first half coupled with a plethora of two-point baskets and a great defense put the green and white up 40-8 going to the half.

Vinemont was able to find the bottom of the basket with more frequency in the second half, but could not overcome the Holly Pond offense as the Pond rolled to the victory. They move on to face the Susan Moore Lady Bulldogs in the championship game as well as earn their spot in the Regional Tournament at Wallace State.

Holly Pond came out on fire, tripling up Susan Moore 12-4 midway through the quarter. The Broncos continued to pour in points, 27 to be exact, to extend the lead to 15 after the first.

The Broncos picked up where they left off in the first, with a battery of points. Holly Pond extended their impressive lead to 21.