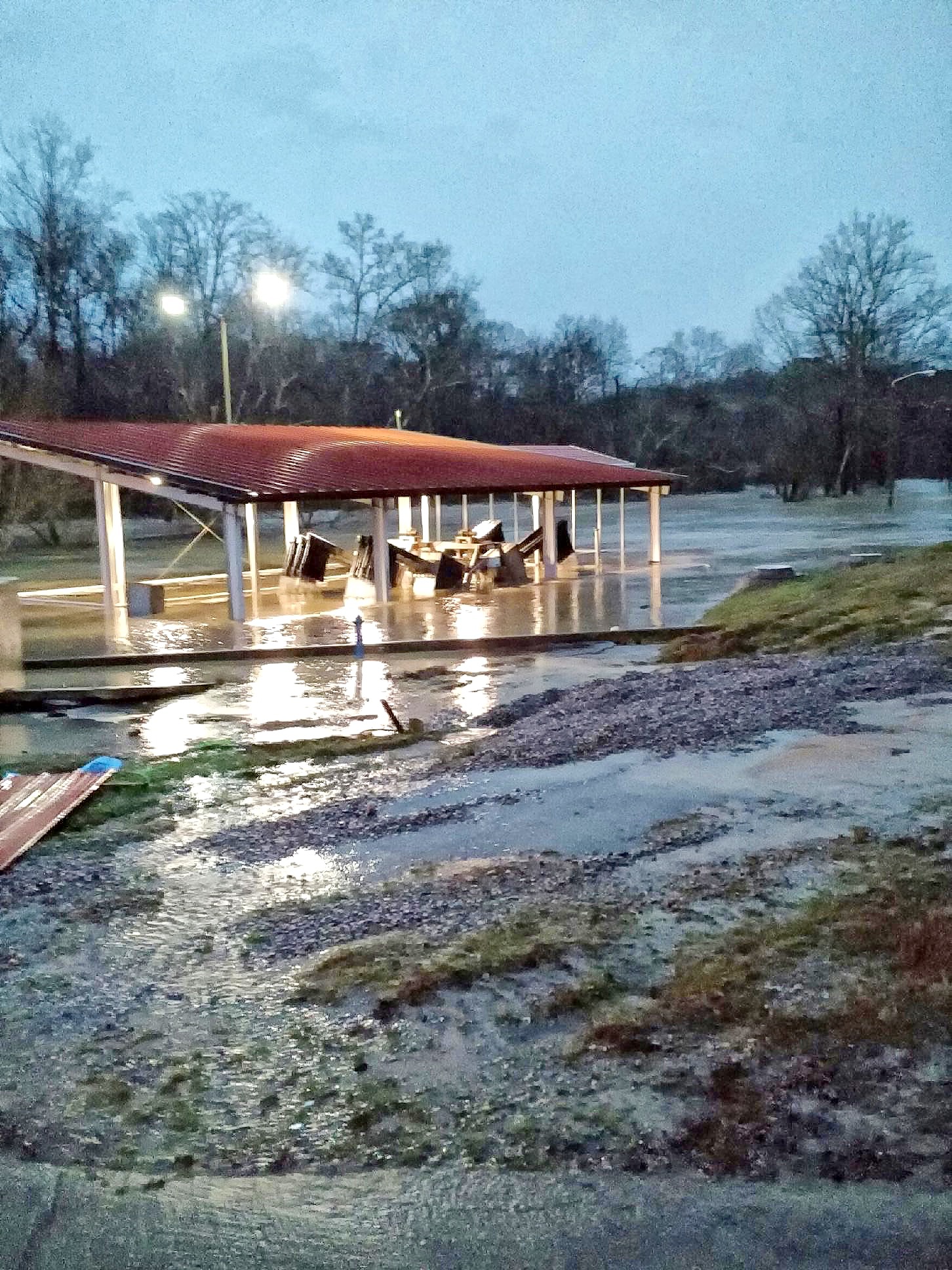 The ultraviolet light disinfection, two clarifier basins, along with the screen and grit removal basin were flooded. The estimated damage at this time is $2.5 million.”
Jeff Adams, WWTP superintendent

CULLMAN – The Christmas Day flood of 2015 won’t soon be forgotten by those who were impacted by the damage the torrents caused during the 24-hour deluge that stopped the city and county in its tracks.

While many have focused on the damage to roadways, street signs and homes, one of Cullman’s more important departments was caught up in the quick-spreading flood.

City of Cullman Waste Water Treatment Plant (WWTP) Superintendent Jeff Adams said the sheer amount of water produced by the storm was enough to overtake several important elements of the plant; however, despite the immense amount of rain, Adams said WWTP employees have worked tirelessly to ensure the system is running smoothly.

Adams put in five emergency requests with the Cullman City Council, and all five were approved Friday afternoon during a special session.

“First I would like to say that the Wastewater Treatment Plant is up and running and we are in compliance with all ADEM regulations. We have worked relentlessly to clean up the mess left by the floodwaters,” Adams said. “The creek that receives our effluent water is 8 Mile Creek, which is usually around 10 yards wide at the highest point of the flood, was around 200 yards wide.”

Adams said the massive floodwaters led to overflowing into several of the more important areas of the treatment plant, which is located at the base of a hill on Welti Road. The WWTP is a 4.75 mgd (million gallon per day) rated plant.

“The ultraviolet light disinfection, two clarifier basins, along with the screen and grit removal basin were flooded,” Adams said. “Estimated damage at this time is $2.5 million.”

The following items were approved by the Council in Friday's special session:

Multiple vendors have been contacted and several of the items requested have already been shipped off for repairs.

“The chlorine system is already in place. It will take about four to six weeks on the 150 HP pump to be rebuilt, but it is at the shop now,” he said. “I have talked to the rest of the vendors and they are already working on things and are ready to go. The flow meter was put in today (Thursday).”