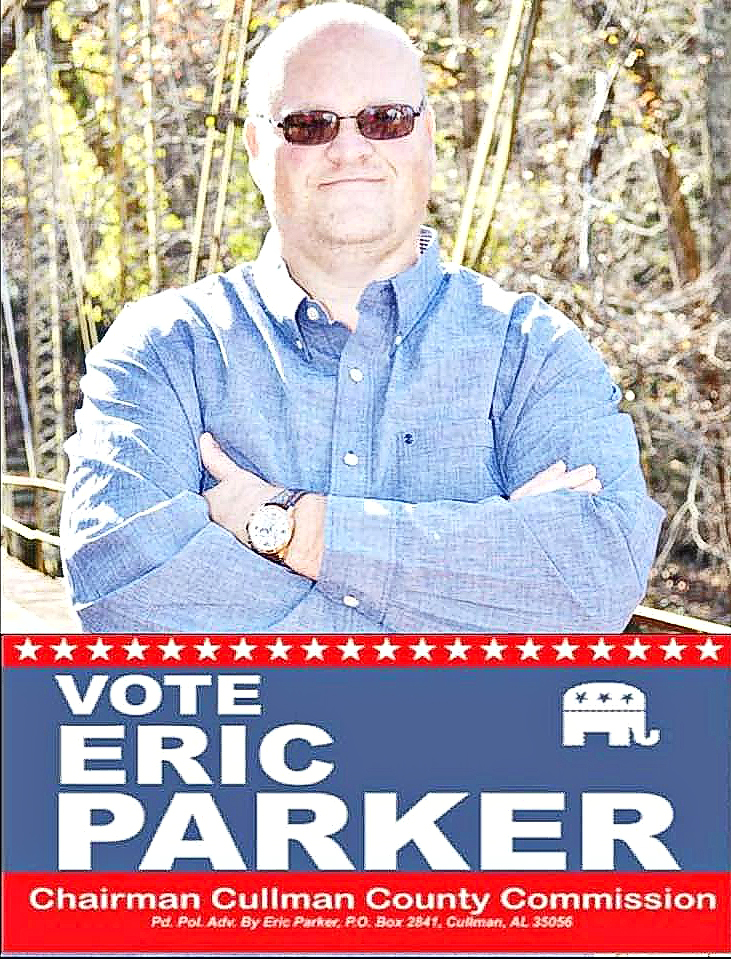 CULLMAN – Eric L. Parker is running for Chairman of the Cullman County Commission.

Parker cites his time as a business owner, as well as working in human resources for a different company as experience he can use to be the chairman of the Commission.

Parker said that he believes too much money is being spent on extraneous expenses, and not enough of the budget is being used for the infrastructure of the county.

“I was speaking with a county engineer,” Parker said, “and he said that the roads in Cullman County have reached a critical mass. They’re falling apart, basically.

“I have spoken with residents in the county who say that in the summer they can go two or three days without water,” Parker continued. “And when they do have water, there is basically no water pressure.”

Parker admits that he is not a scientist or an engineer, but he says that his experience in owning his own business has given him the skills to delegate tasks to those who are best fit to handle them.

Parker also agrees that, although Cullman has grown significantly in the past few years, all of that growth means nothing if the architectural infrastructure of the county is not upheld.

“Did you know it costs $800,000 to maintain the courthouse a year?” Parker asked. He referenced that number, along with the salary of the current chairman of the commission, which, according to Parker, is $60,000 a year. “That is ridiculous,” Parker said.

“Each part of Cullman has its own set of problems,” Parker said. “But what we want to do is leave all of Cullman better than we found it. And I say ‘we’ because I’m including my wife, who supports me 100 percent.”

As far as Parker’s experience in holding public office, he has a distinct and direct message to anyone who challenges him as being inexperienced. “I might be new to this ball game, but they were too,” he said.