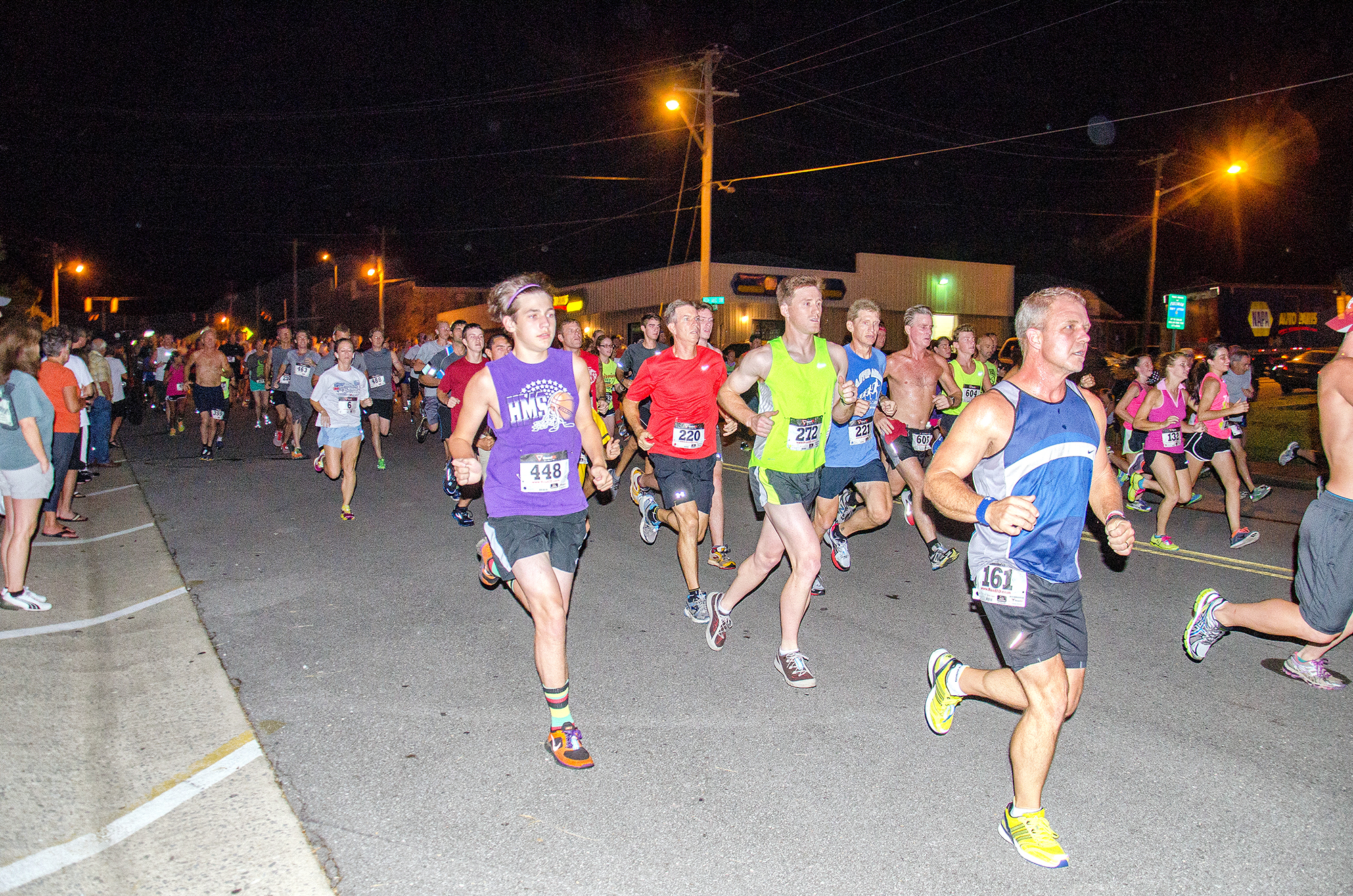 CULLMAN – This year's EvaBank Midnight Run 5K will add a splash of neon color. Black lights will illuminate portions of the course and runners who choose to take part will have neon powder tossed at them.

Waid Harbison, Marketing and Programs Director for Cullman City Parks and Recreation said the idea behind this year's addition was to give runners something different.

“We wanted to change it up, instead of doing the same old, same old,” he said.

Along with giving past participants a new experience, Harbison hopes the colorful addition will bring in new runners.

“We want people to get out and get active, so hopefully some people who aren’t serious runners come out and just have fun,” Harbison said.

Test run for our black lights and color powder for this year's NEW Midnight Run! Can you name this CP&R facility where…

There will also be a dance before and after the race that is illuminated by black lights.

“Cullman is pretty quiet at midnight on a Friday night,” Harbison said. “So this will give people something to do, something fun.”

The proceeds from the race go to the Parks Department Foundation, a supporter of community projects. According to Harbison, the main project right now is the all-inclusive Ingle Park Community Playground.

This park will feature traditional playground equipment, along with playground items for special-needs children. The park’s proximity to the Field of Miracles, according to Harbison, ties the whole area together.

The 23rd annual EvaBank Midnight Run 5K will be held on Friday, August 14, and will begin at the Cullman Civic Center.

Entering the race costs $25 per runner during the pre-registration period, which continues until the day of the race. Registration will also be open the night of the race at the Cullman Civic Center for $30.

To pre-register in person visit the Cullman Civic Center or any EvaBank location.