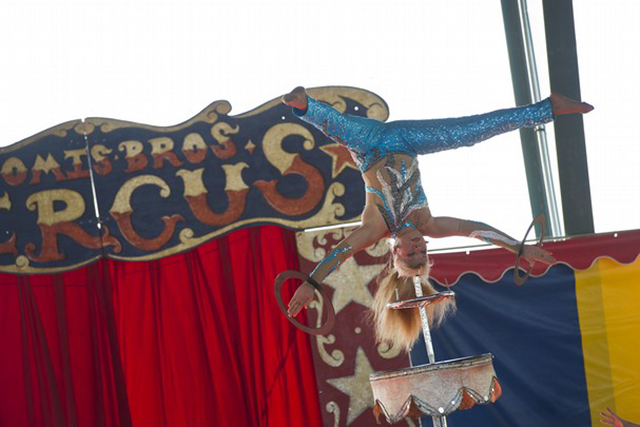 CULLMAN – A new year has brought the Loomis Bros Circus back to town and families across the county are welcome to come join in the fun. The show will be in town for two days only on February 1 and 2 with all of the excitement you would expect from the circus.

"I was involved with the show last year and again this year,” said Cullman County Parks and Recreation Director Doug Davenport. “Everyone really enjoyed it last year, and it was as good as the three ring circus to me. They had everything you wanted, and you were able to sit closer than you would at a show in Birmingham.”

The show will take place at the Cullman County Agriculture Trade Center again this year, which is ran by the County’s Parks and Recreation Department. The show will feature many different exotic animals including tigers, lions and elephants. Performers will dazzle crowds with their variety of acts from acrobatics to hilarious performances by their clowns.

Loomis Bros Circus prides itself on actively helping communities large and small raise money for their Parks and Rec Department as well as different civic groups. Davenport went on to tell how big a success last year’s event was.

“We had an amazing crowd last year,” said Davenport. “We actually had to bring in more chairs and turn some away because it was so packed. It’s a great show. We try to bring things like this into the county so that there is an event for everyone. Not everyone wants to see a rodeo, so this gives some variety to the residents.”

There will be three shows total on February 1 and 2. Sunday will have a 4 p.m. showing only, while Monday will have a show at 4 p.m. and another at 7:30 p.m. You can find free admission tickets for children 12 and under at almost any gas station in town, or go online to purchase tickets at Loomiscircus.com.