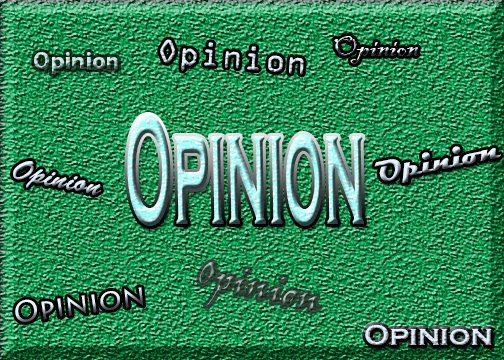 Obamacare or the “Affordable Care Act” continues to be highly debated four years after being signed into law. Conservatives present it as the poster child of liberal big government overreach. Liberals defend it as the reason they see for government to exist, to protect those with less, and to level the playing field. It is sure to be a hot topic as November, a midterm election year, approaches. So who is right and who is wrong?

Neither party. Both parties. It all depends on whom you ask. Ask me four years ago when the law first passed and I would have told you I loved it. I’m the oldest of seven children and I was 24 at the time. Right behind me is two sisters aged one and two years younger, respectively. We all regained health insurance when it passed because of the clause allowing children to stay on their parent’s insurance until age 26.

Shortly thereafter, I caught pneumonia for the second time in my life and Obamacare allowed me to see a doctor when I needed one. Even if somehow Obamacare were repelled tomorrow, Republicans and Democrats agree this provision would need to remain. Three million Americans have gained insurance because of this allowance.

Ask me today though and I’ll tell you something different. I’m a full-time retail store manager with insurance through my company. Lucky for me, my company absorbed any cost increase caused by the Affordable Care Act and what I pay for health care this year didn’t increase by even a dime over what I paid last year. They also didn’t force spouses (I’m not married) who could get insurance on their own to come off our company’s policies (no one is pointing fingers UPS, breathe easy). That sounds great but I can’t say I love it. In fact, I regret having ever had a happy thought about it.

One of the lesser-known provisions of the Affordable Care Act was to require all companies with more than 50 employees to offer health insurance to employees who work more than 30 hours a week. I suppose the makers of the law assumed most companies would simply keep working employees the way they were and more Americans would receive insurance through their employers. Unfortunately that’s not the way most of the retail and food service industries work.

For those in college this isn’t a huge problem. It works well around classes, builds a resume for when they graduate, and provides that little bit needed to help get by. But I don’t employ only college students. For the parents that work for me this isn’t enough, $13,000 a year doesn’t cut it.

Now, before you go marching into the streets joining with McDonald’s employees demanding $15 an hour, think a moment. The positions they fill are unskilled and non-certified. They require only the most basic of English and math skills. Most don’t even require a high school diploma.

Most companies require someone to be 18 or older though because writing little Jimmy up for being a half an hour late without calling ahead means you have to explain why to his parents if he is 17. Simply put, it’s supply and demand. There is a huge supply of workers for these slots, which makes them easy to fill. They require very little thus they pay very little.

Some people would say have them get a second job. While that is an option, it’s like telling a drowning man to swim harder. I was raised by a single mom working full-time and trying to go to school full-time. She made it, and we did too. But it was hell. Many days of the week she looked like hell.

And managers hate having to work around another job when making schedules. It is a serious complication and means a staff lacks the flexibility that retail and food service often require. This often means that someone very well qualified for a position will be passed over if they already have that first job because their availability just doesn’t fit the needs of your business. Thus, that second job can be even harder to find than the first.

Working two jobs is also a lot like running a marathon with ankle weights. Just imagine the marathon titled life. Again, the only fields that really even offer the ability to have two jobs in the first place are retail and service industry. If you work part-time in those fields your schedules constantly change up. The ebb and flow of business dealing with holidays and special events and other store needs just makes it impossible to do fixed schedules. This makes it right next to impossible to attend classes to earn a degree to obtain a single full-time job. It’s a vicious cycle.

Before you jump to the conclusion of online classes, do your homework. For one, they are typically much more expensive than on campus classes. Second, only certain degrees are offered this way. Third, you have to be very careful to check that not only is the school accredited, but that the degree is as well.

The sad truth is most of the jobs created since the start of the Great Recession are these kinds of jobs. The jobs lost have not been replaced with jobs of the same quality. So depending on what kind of job you have probably depends on where you sit on the Obamacare debate. From where I sit, even though I’m a full-time worker paying only $35 a pay period (bi-weekly) for health insurance, I hate it.

I hate having to tell a mother who shows up on time to work every day, who diligently does her job, who handles customer concerns proactively and with care, and who does everything required of her that I can only give her 25 hours a week. From where she sits, working part-time and having children, (the exact person the law was designed to help) well, she tells me she hates it too.