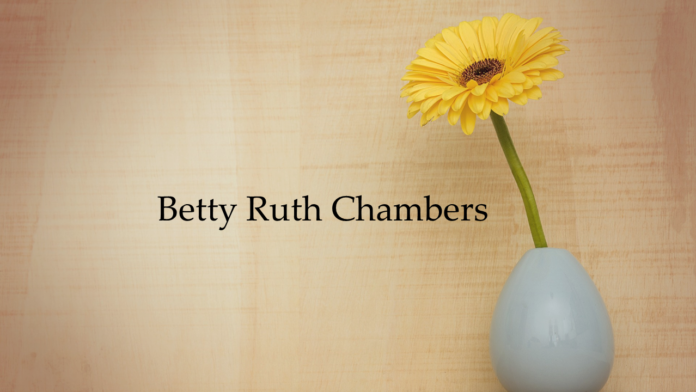 Cullman Funeral Home is honored to serve the Chambers family.

Betty never met a stranger and spent a lifetime making new friends. She was the quintessential southern lady—kind, sweet, spunky who was loved by so many. She loved to talk, laugh, dance and travel. She grew up a Cullman farm gal and moved to the big city of Birmingham upon graduating from Fairview high school. Betty married Jerry Chambers after meeting him at The Globe and moved up to Gary, Indiana where she had her children. Life could only take Betty from her farm roots so long…and after a few short years, she and her family moved back to Alabama. There, Betty and Jerry raised their family together. Betty spent a career working as a bookkeeper and administrator in the construction industry where she spent much of her time taking care of her extended family of craftsmen and tradesmen working throughout the Southeast. After Jerry passed, Betty pursued her lifelong dream of retiring to the Florida gulf coast. There she met her new love Jay Kinder, where she would spend the next decade soaking up the sunrays on the beautiful gulf beaches, indulging in sunsets and margaritas, dancing the night away, as well as traveling the globe. In 2019, Betty was diagnosed with brain cancer. However, she continued to live life to the fullest, making beautiful memories which can now be seen so well by the ones she leaves behind who love her and miss her so much.