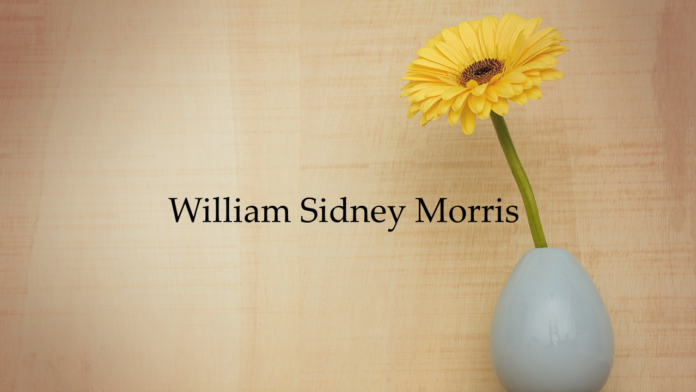 William Sidney Morris, 74, of Brent, AL passed away on June 17, 2022 at UAB Hospital in Birmingham, AL due to complications of open heart surgery.

Flowers are welcome, but the family asks that you consider a donation to a charity or food bank of your choice in memory of Sidney.

Sidney was born on March 17, 1948, in West Point, AL to the late John Dewey and Bertha Louise Morris in the back of the local general store. His family moved to Harrisburg, Bibb County, AL in the 1950s. He would begin working at an early age selling peaches and later, at the age of 14, would leave school to enter the workforce full time.

At the age of 19, Sidney was enlisted (via selective service) in the United States Army on Jan 30, 1968 from Athens, AL to serve in the Vietnam War. During his training at Fort Benning, GA, he received commendations for Marksman (45 caliber pistol) and Expert (M-14 rifle and 81 mm mortar.) He would go on to serve in Company A/B, 2nd Battalion, 21st Infantry, 24th Infantry Division, 5th Cavalry (1st Air Cavalry Division) specializing in mortar. While in Vietnam, he contracted malaria, surviving an extreme fever in the field only by the efforts of his fellow soldiers who dripped water onto him from a bucket until he could be airlifted to Hawaii for medical treatment. After recovering from his illness, he returned to combat, going on to earn a number of awards: National Defense Service Medal, Combat Infantryman’s Badge, two Overseas Bars, Air Medal, Bronze Star Medal, Vietnam Campaign Medal with 60 device, as well as two Army Commendation Medals with V Device. The first of these medals was awarded to Sidney for heroism in combat while showing personal bravery and devotion to his squadron despite continually exposing himself to hostile fire in order to aid others. The second one was awarded to him after he was shot in the shoulder while saving four wounded soldiers who had become pinned down by hostile fire. He was honorably discharged on January 29, 1970 with the rank of NCO Sergeant E5.

Following his military service and return to Bibb County (where he would raise his family), Sidney went on to work for BF Goodrich (Michelin) Tire Manufacturing in Tuscaloosa, AL. He retired from there in 2000 after 29 years. Sidney enjoyed raising a community garden, socializing with his friends and neighbors, nature watching and relaxing in his rocking chair with a good, strong cup of coffee.

In addition to his parents, Sidney is preceded in death by his sister: Bobbie Rae (Bill) McKinley.