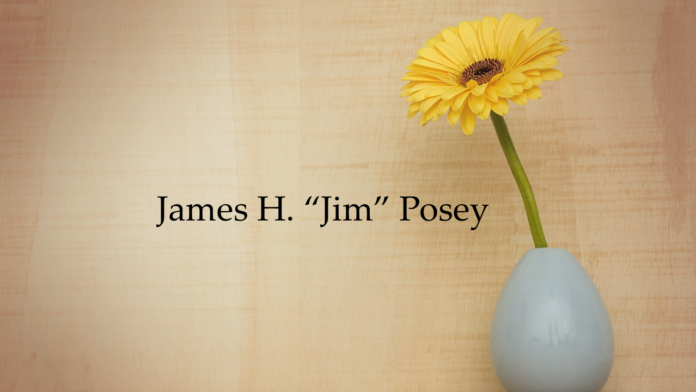 He was born March 21, 1936 to Jesse and Emma Posey. Jim graduated from Winston County High School in 1954, and he went on to Florence State College where he finished with a bachelor’s degree in Chemistry. He also proudly served in the United States National Guard Reserve from 1959-1968.

Jim started in the electrical repair business, working for himself in his dad’s basement. His brother Donald later came into the business with him in 1960 and in 1961 they branched out into heating, air conditioning and retail appliance sales and moved from his dad’s basement to a building in “uptown” Double Springs.

Later on in 1973, Jim and Donald moved their business into the Double Springs Industrial Park and went entirely into the Mobile Home Supply Industry, which they have now been operating for a total of about 50 years.

Jim loved his town of Double Springs. In 1964, Jim was elected to the Double Springs town council and served through 1968. He helped organize the first “Little League Athletic Club” in the early 1970s. He also served as a trustee at both the Double Springs Elementary and Winston County High School. Jim also played a big part in starting Looney’s Outdoor Theater and Theme Park. He loved flying and was instrumental in locating and working with the Federal Aviation Association in getting the Winston County Airport placed in Double Springs.

He was an active member of the Double Springs Church of Christ for over 63 years, where he served in various capacities such as treasurer, song leader, deacon and teacher for various age groups (especially the teenagers). Jim served as an elder from 1986 until 2021 when his health began to deteriorate.

Visitation will be Sunday, January 30, 2022 from 1:00 p.m. – 3:00 p.m. at Double Springs Church of Christ, where the service will be held at 3:00 p.m. Burial will be at Double Springs Memorial Cemetery (Cockrell-West). Justin Guin and Vance Hutton will officiate.

He was preceded in death by his wife of over 50 years: Audrey Behel Posey; parents: Jesse and Emma Posey; brother: Donald S. Posey and brother-in-law: Charles Whitten.