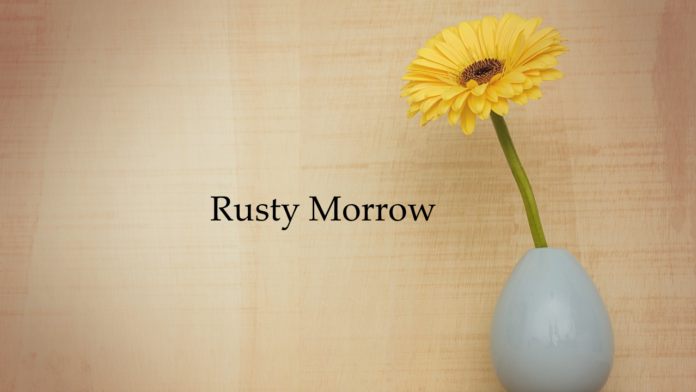 Russell W. “Rusty” Morrow, 62, beloved husband, father, grandfather, bible teacher and friend,
Rusty transitioned into eternal life with his heavenly father on Sunday, November 28, 2021, at his home in Cullman surrounded by his family.

He was a faithful, devoted husband and father and a beloved “Papa” to his four grandchildren. Rusty’s Christian faith was an essential part of his life. He had a deep love for God’s word and his Northbrook Baptist Church family. He was dedicated to sharing the love of Christ with others until the end of his life. Rusty was a man of prayer, courage and determination. He faithfully allowed the Lord to use him until the end of his life, making a lasting impact on all those he encountered.

He is also survived by his mother: Barbara Morrow; his sister: Patti (Michael) Ward; his brother: Danny (Paula) Morrow and a host of nieces and nephews.

He was preceded in death by his father: Harvey C. Morrow.

The family invites you to join as they have planned a visitation for family and friends at Northbrook Baptist Church in Cullman, Alabama, on Wednesday, December 1, 2021, at 12:00 p.m. prior to the celebration of life service at 1:00 p.m.