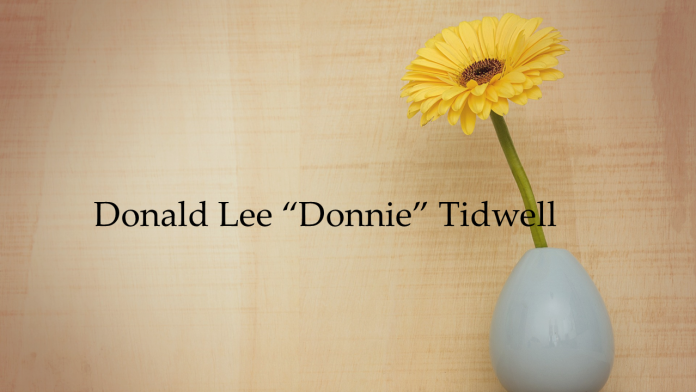 Donald Lee “Donnie” Tidwell, 55, of Haleyville entered into rest on Monday, June 7, 2021 at his residence.