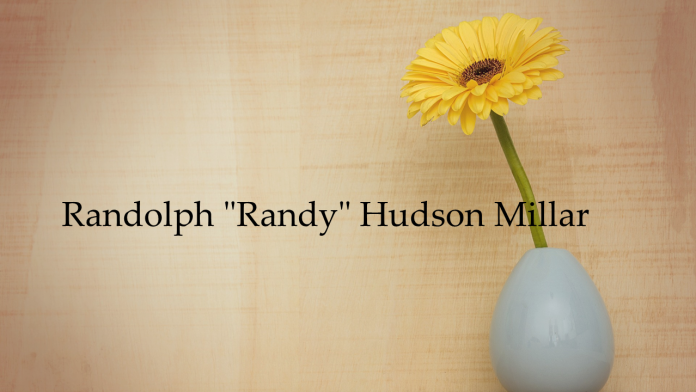 Randy Millar entered into eternal rest the afternoon of September 27, 2020 with his wife of 31 years by his side. He was born in Cullman, Alabama to Hudson “Dusty” Millar and Helen Vogel Millar January 31, 1951.

Randy’s greatest legacy is his children and grandchildren with whom, he always took great pride. He was a proud dad whenever he talked about his children, and the adults they had become.  He was affectionately known as ” Pop” to his two grandsons.

As a teenager, Randy played the role of Santa for serval years at the annual Childhaven Orphanage (now Childhaven Child Home) Christmas party. Later in life he took every opportunity to help those in need serving the United Way for 21-years in various capacities. He was also active in the Chamber of Commerce and was a member of Cullman First Baptist Church.

Randy attended Cullman High School then transferred to Woodward Military Academy and graduated Class of 1969. His Bachelor’s degree was from Vanderbilt University, 1973.

His career spanned six decades. As a child he began janitorial duties at his father’ s radio station WKUL later WXXR and by 13 was the host DJ of the ever-popular Dixie-A-Go-Go Show. After college he was involved in all aspects of radio management, from president and CEO of Indian River Broadcasting company, to brokering (selling) broadcast stations and aiding in the development of radio satellite automation.

One of his gratifications in life was mentoring staff members and watching them excel beyond their work with his company. He was profoundly proud of their accomplishments.

His comforting presence, big smile and rich laugh will be greatly missed by his family and friends.

The family asks that if you would like to honor Randy’s life, please do so by gifting Childhaven Child Home, PO Box 2070 or Cullman Caring for Kids, PO Box 698, Cullman, AL 35056