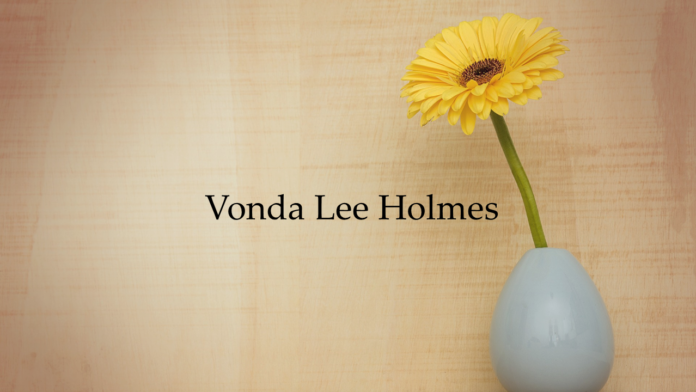 Mrs. Holmes was preceded in death by her husband of 44 years, A.P. (Pete) Holmes and parents Ferm and Lena Christian Chambers.

Mrs. Holmes was a member of Fairview First United Methodist Church where she served the church on many committees, Parsonage Treasury, nominating committee and PPRC on several occasions. She graduated from Fairview High School, St. Bernard College, received her master’s from Auburn University, and her Advanced Degree in Education from University of Alabama-Birmingham (UAB). She taught school in several school systems in Alabama and retired after 30 years.

A memorial service will be announced at a later time.

Fond memories and expressions of sympathy may be shared at www.mossservicefh.com for the Holmes family.