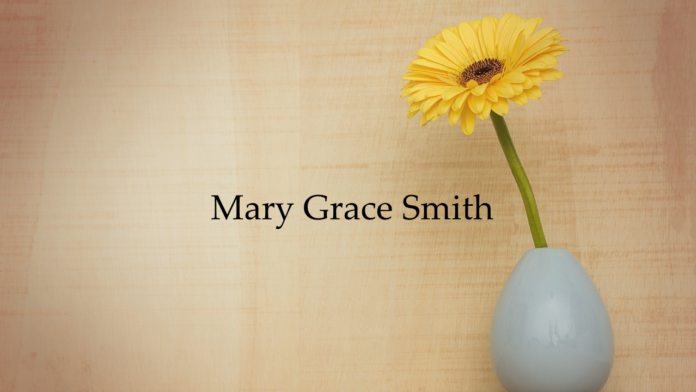 She graduated from Fairview High School in 1945 and was the youngest member of her class. After graduation, she went to Florence State College (University of North Alabama) and received her B.S. degree. She later received her master’s as an education specialist from the University of Alabama in Tuscaloosa. She taught in several school systems in Alabama before going to Port St. Joe, Florida. Under her direction, Morgan County was one of the first schools in the state of Alabama to have all elementary schools accredited by the Southern Association of Colleges and Schools.

After early retirement, she traveled extensively into every state except Hawaii, and to Mexico, Canada, England, Ireland, Scotland and Wales.

She was preceded in death by her parents and brother David “Tuffy” Smith.

She is survived by her sister-in-law Carolyn Smith; nephew David E. Smith, Jr. and his wife Dawn; niece Dawn Alison Smith; and many cousins and friends.

Memorial services will be held in the chapel of Moss Service Funeral Home Sunday, Dec. 6, 2020 at 2 p.m. The family will receive friends from 1 p.m. until service time.

Moss Service Funeral Home directing. Condolences and special memories may be shared with the family at www.mossservicefh.com.