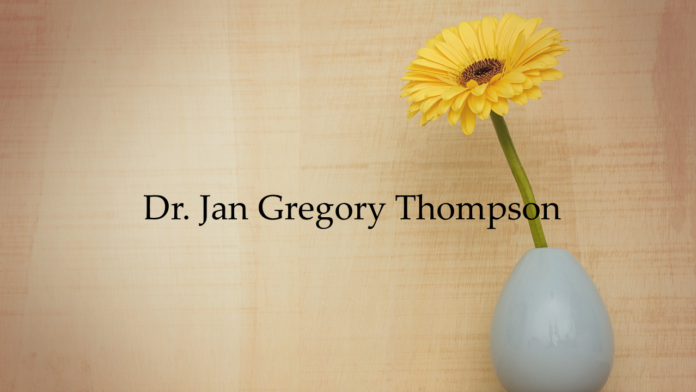 Dr. Jan Gregory Thompson of Crane Hill passed away Oct. 26 at her residence at the age of 81. Jan was the daughter of the Rev. Welton Gregory of the United Methodist Church and his wife Sarah.

She graduated from Huntington College in Montgomery in 1961 and went on to receive a master’s degree in history from Auburn University. Jan returned to school while raising two sons and completed her Ph.D. in History at Auburn in 1983. She taught at several colleges and universities including LaGrange College, Southern Polytechnic State, and Reinhardt University. Active politically from a young age, Jan devoted herself to social justice causes throughout her life with her time and contributions. After retiring with her husband John to Smith Lake in 2006, Jan joined the Cullman First United Methodist Church where she made many dear friends and worked to support numerous initiatives including the Hispanic ministry and as a member of the North Alabama Conference of the UMC Board of Ordained Ministry.

Jan was preceded in death by her parents; her husband John Albert Thompson; and her sister Gloria Rosser.

Talking turkey: the ins and outs of food safety