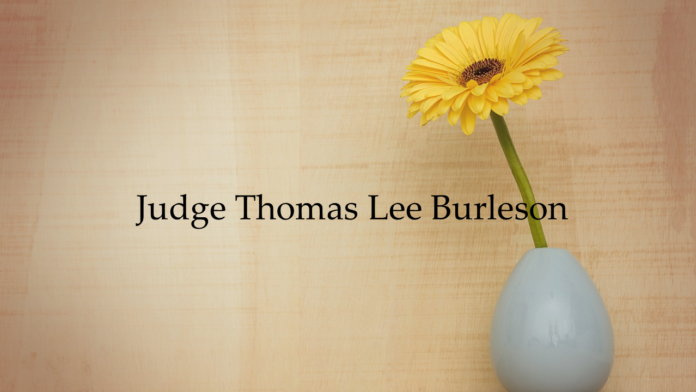 He was born Dec. 6, 1928 to Joseph Calvin and Jennie Bell Wooldridge Burleson in a poor, rural farming community in Marion County. After serving two separate times in the United States Army, he was determined to get an education. He attended St. Bernard College along with other colleges before getting his degree from Auburn University. He spent 17 years as a teacher and principal before becoming the Cullman County Probate Judge. He served as Probate Judge for 24 years. After retiring, he enjoyed vegetable and cattle farming. He was a faithful and involved member of St. Andrews United Methodist Church, where he held several administrative positions.

He was preceded in death by his parents, four sisters, and four brothers.

His family will receive friends at Moss Service Funeral Home Monday, Oct. 19, 2020 from 5-7 p.m. Services will be held at St. Andrews United Methodist Church Tuesday, Oct. 20, 2020 at 11 a.m. with Greg Rucker, Bro. Delbert Freeman, and Rev. Robert Lancaster officiating. He will lie in state beginning at 10 a.m. until service time.