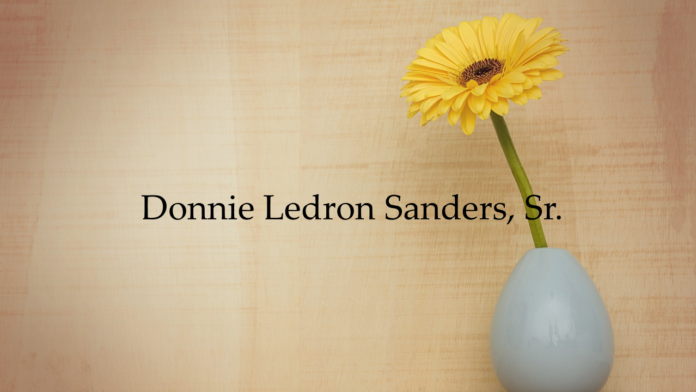 Graveside services for Donnie Ledron Sanders, Sr., 72, of Bremen, Alabama will be at 1 p.m. Wednesday, Sept. 30, 2020 at Cold Springs Cemetery. The family of Mr. Sanders will accept friends for a visitation from 5:30-8 p.m. Tuesday, Sept. 29 at Hanceville Funeral Home.

Mr. Sanders was born to the late Floyd and Wynelle (Williams) Sanders Jan. 8, 1948 in Cullman, Alabama, and he died Thursday, Sept. 24 at Princeton Hospital in Birmingham, Alabama.

He worked at American Cast Iron Pipe Company for 30 years before retiring. Donnie was also a veteran of the United States Air Force where he proudly served his country for two terms from 1967 to 1975.