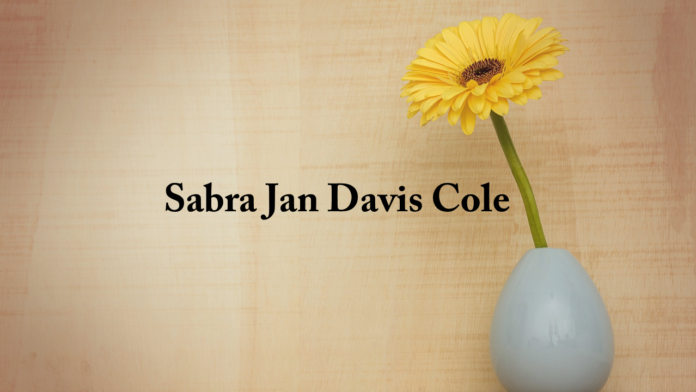 She was a 1958 graduate of Cullman High School. She earned her registered nurse diploma in 1961 and certified registered nurse anesthetist diploma in 1969 at University Hospital in Birmingham. She served almost eight years in the United States Air Force, first as an RN at Laughlin AFB in Del Rio, Texas and again as a CRNA at Carswell AFB in Fort Worth, Texas. She spent her civilian career working at Cullman Medical Center (now CRMC), at various hospitals as a partner in a CRNA group, and finished her 36-year anesthesia career at Decatur General Hospital where she retired in 2005. She served as a role model and mentor for many young nurses, but especially her daughter, who followed in her footsteps to become a third-generation RN and second-generation CRNA.

Jan was preceded in death by her parents. She is survived by her beloved daughter Lori Cole and brother Charles Davis.

Visitation for Ms. Cole will be Wednesday from 5-8 p.m. at Moss Service Funeral Home. A celebration of her life will be held Thursday at 2 p.m. in the funeral home chapel with interment to follow at Cullman City Cemetery.