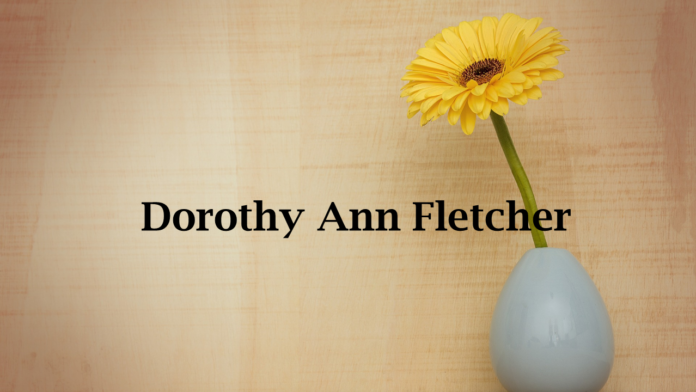 She was known as “Dot” by her family and friends. Dot worked for South Central Bell for 21 years before retiring. She started out as a switchboard operator prior to working in traffic, engineering, personnel, and marketing, before becoming a communications consultant. Dot was a longtime member of the Business Professional Club (B.P.W) and was the vice president for five years before becoming the president. As a member of the B.P.W., a highlight was visiting the Capitol with other members and attending a legislative conference, sponsored by the club, to learn how the legislative process worked. During her visit, she met dignitaries such as Senator John Sparkman, Senator James Allen, Senator George McGovern, Senator Edward Kennedy and Representative Bob Jones. However, her biggest thrill was accepting an invitation from Mrs. Richard Nixon to attend a tea with her at the White House.

Dot loved her family dearly and was a loving, kind, and gentle person who always smiled and enjoyed a good laugh. She was a beautiful and wonderful soul that will be sorely missed by her friends and family. God gained another brilliant, shining angel in His kingdom on this day.

Visitation will be Thursday, Oct. 24, 2019 from 3-5 p.m. at Nichols Funeral Home in Addison, where services will be at 5 p.m. Brother Kenny Sudduth and Brother Donnie Carroll be officiating. Burial will be in Forest Hill Cemetery in Birmingham.