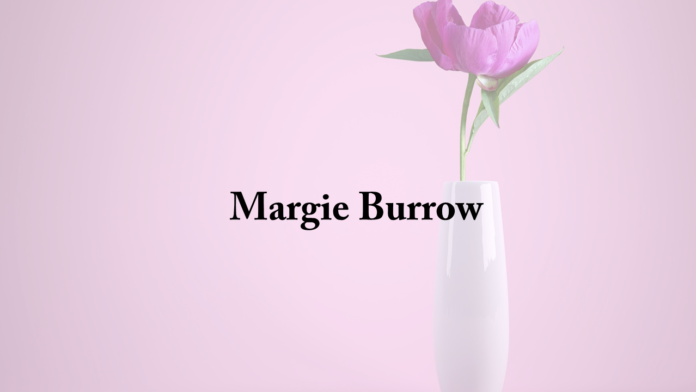 Marge was born Sept. 11, 1929 in Cullman, Alabama. She attended West Point High School and then attended college at St. Bernard. She later became an English teacher at Addison High School and also an English professor at Walker College. Marge enjoyed teaching, Alabama football, Atlanta Braves baseball, and she loved to laugh with family and friends. Marge was a lifetime member of First Baptist Church of Addison.

A Celebration of Life ceremony will be held for Marge on Saturday, Sept. 7, 2019 at 2 p.m. at Nichols Funeral Home in Addison, Alabama. The family will receive friends at the funeral home from 1-2 p.m. Brother Kenny Sudduth and Brother Tim Box will officiate.

Marge was preceded in death by her parents, Henry and Janie Cook; husband of 29 years, Waymon Elam; husband of six years, G. C. Burrow; brother and sister in law, H.T. and Peggy Cook; sister and brother in law, Mae and Burlie Guthrie; son, Lavon Sweatmon; son and daughter in law, Olen and Carolyn Elam; and son in law, Floyd Meigs.

“We will always remember, it’s between the A & the T.”