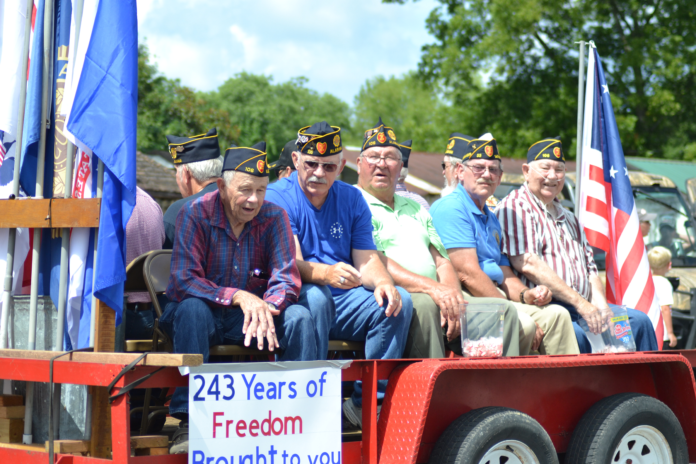 ADDISON, Ala. – After Thursday morning’s parade and a chance to cool off, locals and visitors sat down in the cool shade at Alexander park to enjoy an afternoon of music, snow-cones, and candy eating from all the candy thrown out during the annual parade.

The parade featured Addison’s handful of firetrucks, police vehicles, and emergency vehicles from Arley, Sardis, Helicon, and the Winston County Sheriff’s Office. After the parade had finished, later in the afternoon the music festivities began with Hickory Altar taking the stage.

Before handing the stage over to Bama Blue Grace, the singer for Hickory Altar addressed the crowd with a smile, “Thank y’all for coming out and thank you for the support.”

As the evening rolled around and music played, Addison’s schools parking lots grew packed with event goers who were there for the fireworks. Many surrounding event goers set off their own fireworks in anticipation for the main event. Despite the short delay in the start of the show, event organizers lit up the night sky with the firepower they brought to the show.