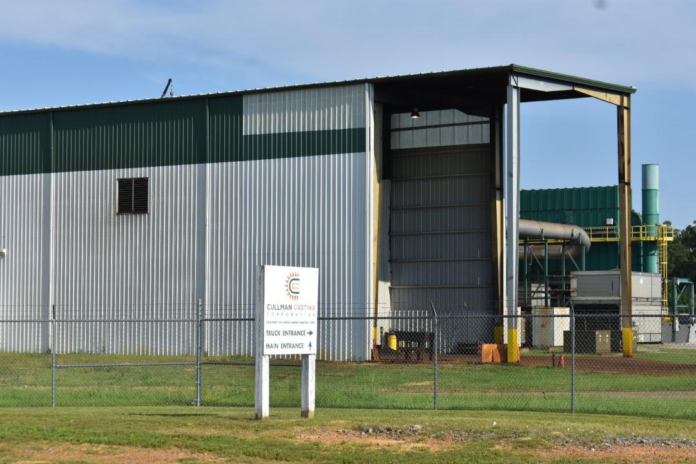 CULLMAN, Ala. – Two days after an underage worker died in a fall from the roof of Cullman Casting, the primary roofing contractor still cannot name two subcontractors allegedly involved in the project; and the victim’s coworkers, who were witnesses to the 15-year-old’s fall, have vanished, according to a spokesman.

Apex Roofing referred us to attorney Ed Merrell who told The Tribune on Tuesday, “From what I understand, the young man that was killed actually worked for a sub-sub (contractor). So W and W had subbed to a crew, and that’s where he was hired, was by that crew. Wasn’t even a W and W employee.”

In a video statement sent to multiple media outlets, Merrell said that Apex Roofing does not hire workers under 19 years of age.

Merrell said that he did not know who the youth’s actual employer is, nor which of several “W & W” roofing companies around the southeast was Apex’s subcontractor, but was waiting on information from a Tuesday afternoon meeting between a company representative and federal agencies.

Information provided by Merrell on Wednesday, which he warned us had not been confirmed, indicated that the youth was part of a five-person crew of Hispanic workers.

Merrell told us, “They interviewed those folks the day of, like on Monday afternoon, I guess; and they have been unable to reach any of those people since then.”

The question about the contractors became more confusing Wednesday afternoon as Cullman Police Department (CPD) Investigator Adam Clark told us, “I’m not sure about the sub-sub-contract. The only two companies that we knew were involved were Apex and W and W.”

CPD investigators are still meeting with Department of Labor staff and company representatives, and are still in the process of gathering evidence. According to Clark, authorities are considering a range of responses, including civil and criminal charges. This is a developing story.